Apple could bundle streaming video with a subscription to magazines, music, and iCloud storage 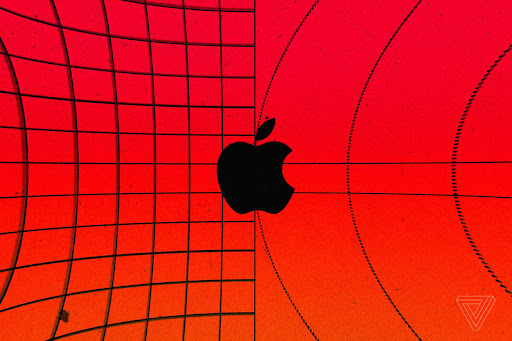 Apple is already rumored to be planning a news and magazine subscription service for next year, and the company is reportedly considering bundling it with the video content it's been acquiring at a rapid pace. A new report in The Information echoes an earlier story from The Wall Street Journal that said Apple could bundle its original video programming — like those coming from its multiyear deal with Oprah Winfrey — with news content, magazines, Apple Music, and iCloud storage. The timing, however, isn't yet known. Apple is likely still in the process of deciding the details of how to package, price, and sell all these services, whether together or separately. Previous video experiments like Planet of the Apps were unceremoniously shoved... Continue reading… via The Verge - Tech Posts https://ift.tt/2Ks5Syd
Post a Comment
Read more

Is User Training the Weakest Link for Your Email Security Approach?

The days of only deploying an email security gateway to block viruses, spam and other threats from reaching user email accounts are gone. Even though gateways no doubt have their place in a comprehensive security strategy, in most cases they are paired with supplementary technologies to ensure the most effective layered email protection. This is critical because gateways aren't designed to sniff out attacks such as social engineering, phishing, spear phishing, and business email compromise (BEC). There is also the constant possibility of users being phished on personal email accounts that aren't controlled by gateways at all. There are technologies to accompany gateways such as AI powered email security solutions, which offer the best hope to stop spear phishing, impersonation and BEC attacks. But, let's say you are well informed and have already deployed extra security
Post a Comment
Read more

VMware Unified Access Gateway (UAG) is the security gateway for VMware Workspace ONE. It provides secure edge services and access to defined resources that reside in the internal network. This access allows authorized external users to access internally located resources in a secure manner. Today's post covers the updates and features in the Unified Access […] The post What's New in VMware Unified Access Gateway 3.3 appeared first on VMware End-User Computing Blog . via Latest imported feed items on VMware Blogs https://ift.tt/2KfZoq7 If New feed item from https://blogs.vmware.com/feed , then send me an email at kr
Post a Comment
Read more

via Latest imported feed items on VMware Blogs https://ift.tt/2N618A6 If New feed item from https://blogs.vmware.com/feed , then send me an email at kr
Post a Comment
Read more

HTC prepares Vive VR for the 5G future in China 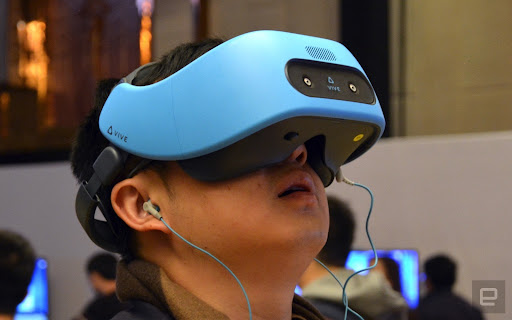 A lot more people might buy standalone VR headsets like HTC's Vive Focus if they have access to faster and stronger mobile internet connection. That's why HTC has teamed up with China Mobile (CMCC) to launch the "5G Devices Forerunner Initiative," which aims to conduct large scale tests of pre-commercial 5G devices. HTC Chairperson Cher Wang said: "With the coming advancements in next-generation mobile technologies, the proliferation of 5G networks will facilitate new classes of use cases for VR/AR not possible in the past, leading to more rapid mass adoption and more natural interaction models for immersive technologies..." The partners are hoping that the project can discover and lead to the development of new applications for virtual reality before 5G's commercial rollout in 2020. Any new applications and uses they conjure up are boun
Post a Comment
Read more

Astronomy Picture of the Day: Sigma Octantis and Friends 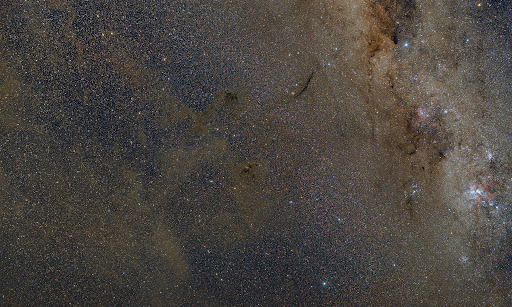 Sigma Octantis and Friends South pole star Sigma Octantis (of the constellation Octans) is on the left of this starry expanse spanning over 40 degrees across far southern skies. You'll have to look hard to find it, though . The southern hemisphere's faint counterpart to the north star Polaris, Sigma Octantis is a little over one degree from the South Celestial Pole . Also known as Polaris Australis, Sigma Octantis is below 5th magnitude, some 25 times fainter than Polaris and not easy to see with the unaided eye. In fact , it may be the faintest star depicted on a national flag. The remarkable deep and wide-field view also covers faint, dusty galactic cirrus clouds, bounded at the right by the star clusters and nebulae along the s outhern reaches of plane of our Milky Way galaxy . Near the upper right corner is yellowish Gamma Crucis, the top of the Southern Cross . Easy to pi
Post a Comment
Read more 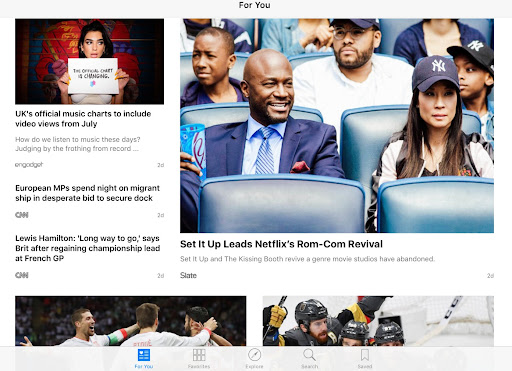 Just three months ago, Apple purchased a company described as the "Netflix of magazine plans" and now The Information reports that it may have bigger ambitions. A plan it's considering, according to sources, is to integrate Texture's digital magazine plan with its own Apple News app, and then in the future offer a bundle that includes news, video content (like the kind it will get from Oprah ) and Apple Music. While all of the items would still be available separately, it would offer an interesting package to cord-cutters willing to get their media from the same c ompany that makes their phones, laptops, speakers and streaming boxes. If this is the idea, Apple would hardly be the only one going that route, as Amazon offers similar content under Prime, Google just refashioned YouTube premium plans to cover music and original video streaming , and there ar
Post a Comment
Read more

Sacramento Kings will mine cryptocurrency to support good causes 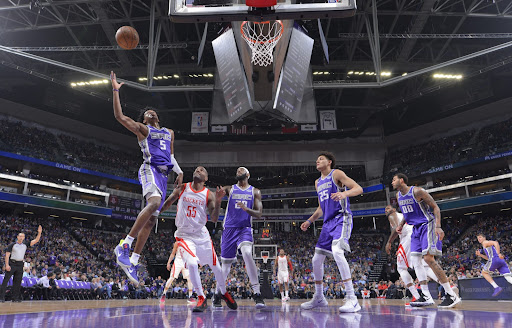 The Sacramento Kings have a history of experimenting with cutting-edge tech , and now they're using it to better their community. The basketball team plans to mine Ethereum in an arena-based data center as part of a new MiningForGood initative. The cryptocurrency they'll generate will help Sacramento-based causes, starting with the Buil d Black Coalition helping local black residents with technology education and workforce development. It's reportedly the first team anywhere to mine digital money. The Kings are using MiningStore-made crypto machines that will solve complex math to verify coin transactions, sending "a share" of those transactions to MiningForGood. They're not simply handing over all the cryptocurrency they make, then, but they could still be donating significant sums when one Etherium coin is worth about $436 as of this w
Post a Comment
Read more

Mobile devices can be more secure than traditional desktop machines - but only if the proper policies and practices are in place and in use. via Dark Reading: https://ift.tt/2KwBxSs If New feed item from http://www.darkreading.com/rss/all.xml , then send
Post a Comment
Read more 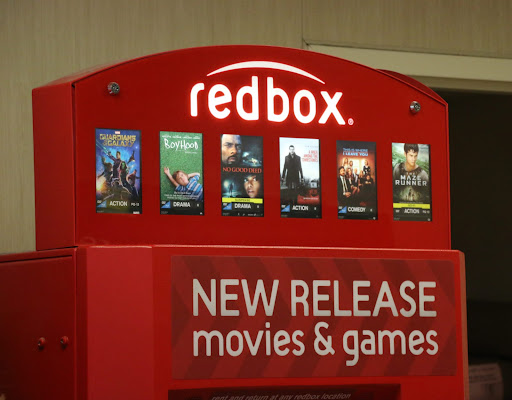 Redbox's new deal with Warner Bros. to make all its movies available for rental the day they're released on home video. The previous agreement delayed arrivals until a week after they'd come out for consumer market. Now, not only can folks pick them up on DVD in the company's signature kiosks, they can also access them via the provider's Redbox On Demand service. This brings Warner Bros. into the same-day fold as other multimedia giants that have made deals with Redbox, including Universal , Sony and Lionsgate, which the rental service signed agreements with last year. 20th Century Fix still requires a seven-day delay before its content is available in kiosks. The only major studio that Redbox doesn't have a deal with is Disney; Their agreement ended in 2012. Via: Variety via Engadget RSS Feed https://ift.tt/2Kw
Post a Comment
Read more 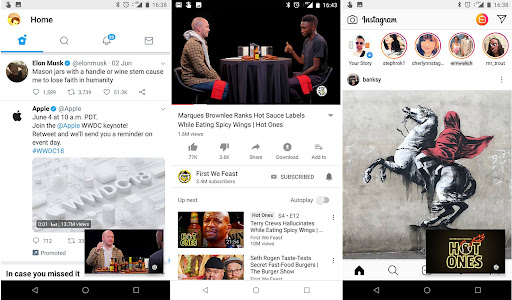 YouTube TV introduced a picture-in-picture mode for Android 8.0 Oreo users back in November, which extended to its streaming Red (now Premium and Music) services. The feature works as expected, minimizing videos to a corner to let you keep watching while browsing around other apps. But now it seems the feature is rolling out to non-paying YouTube users, too, as some report seeing the option appear without notice -- though it's restricted to the US for now. Once picture-in-picture is toggled on in both the YouTube app and system settings, users can reportedly just navigate away while a video is playing and it will automatically minimize toa corner. The feature doesn't work with most music videos, according to the service's FAQ page . It's unclear how long it will take to roll out to all Android users, or when it will extend to iOS. But given how You
Post a Comment
Read more 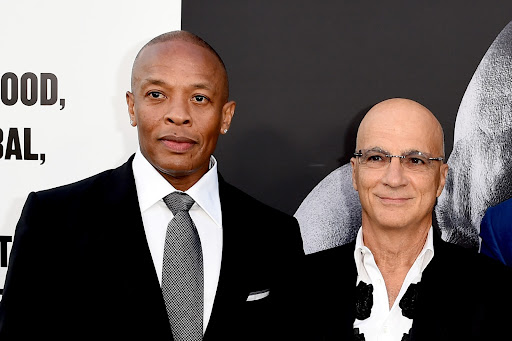 The long-running feud between Beats and claimed co-founder Steven Lamar appears to be winding to a close. A jury has told Beats luminaries Dr. Dre and Jimmy Iovine to pay Lamar $25.2 million in royalties for breaching a contract. Lamar contended that he played a key role at the company and deserved $130 million for working on a dozen headphones. Beats r ecognized Lamar's early involvement, but insisted that he was only supposed to get money for the original Beats Studio (which, of course, had already been paid). Lawyers for Beats didn't comment. Lamar's lawyer was unsurprisingly "happy" with the result, even if it fell well short of the $130 million target. It's not certain how much Dre and Iovine will have to pay. Something tells us they won't face too much hardship, though. Lamar filed his lawsuit mere months before Apple acq
Post a Comment
Read more

Sony's 4K-capable XZ2 Premium reaches the US on July 30th

While Sony's XZ2's didn't amaze us, the Premium model announced weeks later promised a superior photo experience with dual rear cameras and sensors capable of impressive low-light footage. And now we know when it will reach US shores: On July 30th, the smartphone will be available online at Amazon and Best Buy for $1,000. According to Sony, the XZ2 Premium can capture video at ISO 12,800 sensitivity and photography at a baffling 51,200. It achieves these numbers with two sensors (one 12MP, 1/2.3-inch, 1.55um black-and-white and one 19MP, 1/2.3-inch, 1.22um color) working in concert and processed by the company's new 'fusion image signaling' chip, called Aube. The dual rear cameras can create 3D scans, too. The front-facing camera has also been bumped up from 5MP to 13MP in the Premium, and while it still has the original XZ2's Snapdragon 84
Post a Comment
Read more
More posts