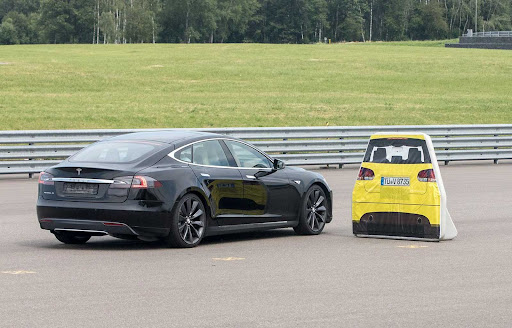 Did you think Tesla could move past braking complaints just because it addressed the issue with the Model 3? Luxembourg certainly doesn't. The European country's testing and standards body ILNAS has put itself at odds with Tesla after conducting an unusually public emergency braking test (media outlets like Luremberg Wort got to watch) that compared a 2015-era Model S to a new Volvo S90.The Model S failed the test in spectacular fashion, according to observers, crashing into a dummy car (above) at just und er 19MPH where the S90 could avoid it at 37MPH. It didn't look good for Tesla, but the company unsurprisingly took issue with the results.In a statement to Electrek, a spokesperson said that ILANS "refused" to provide details of the test, including the methodology. The firm didn't even find out about the test until it appeared in the press. The automaker also found out that the Model S in question is registered as a rental car in Germany. The spokesperson…
Post a Comment
Read more 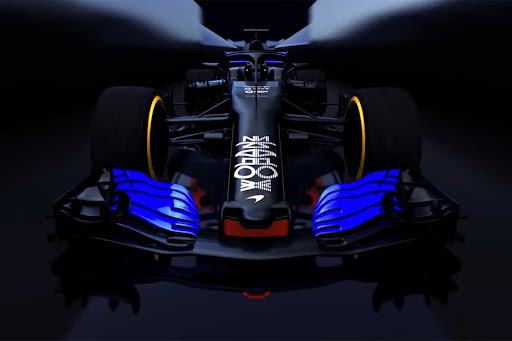 McLaren is enamored with eSports -- so much so that it's expanding the scope of its program. The 2018 edition of the Shadow Project promises to be more "open and inclusive" than you might expect, letting you compete for virtual motorsports glory not just with die-hard PC racing simulators like iRacing and rFactor 2, but more forgiving experiences like Forza Motorsport on the Xbox One and even a mobile game, Real Racing 3. It may seem counterintuitive for a performance car brand to accept competitors who may only ever play casual titles, but there's reasoning here -- it's not about the games so much as the intellect involved in playing them.The automaker noted that one of 2017's finalists, Danish surgeon Henrik Drue, reached the finals despite never having played a racing game on a console or PC. He forged ahead (even beating some ostensibly more experienced rivals) because of his sharp cognitive skills. McLaren is more interested in someone's potentia…
Post a Comment
Read more 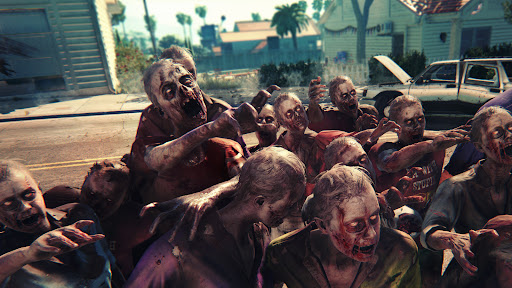 Dead Island's long-awaited sequel is alive and well despite numerous setbacks after its trailer was revealed way back in 2014. The game's Twitter account has reassured a fan asking about Dead Island 2 that it's still in development -- the release of the zombie franchise's Survivor mobile game spin-off apparently doesn't mean that its publisher, Deep Silver, gave up on its PC/console entry. Unfortunately, Deep Silver has refused to reveal more info and only told people that it will tweet about the game once it has more to share at a later date. Dead Island 2 is still in development and we will share more on this at a later stage. — Dead Island (@deadislandgame) July 4, 2018Deep Silver had to find another developer for the zombie/weapon-crafting simulator's sequel after its original developer, Techland, chose to work on Dying Light instead. Yager Productions took over Dead Island 2's development, but it ultimately parted ways with the publisher in 2015. That…
Post a Comment
Read more

Elon Musk's Thailand cave rescue would use a 'kid-size' submarine 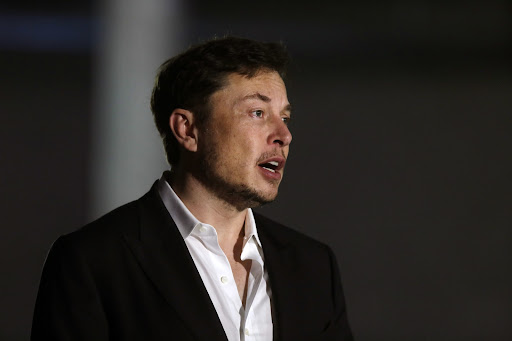 Elon Musk is quickly solidifying his offer to help rescue a boys' soccer team trapped in a Thailand cave, and in just the way you would expect from a technology entrepreneur. He has revealed that the "primary path" for his attempt will involve a "kid-size submarine" that uses the liquid oxygen transfer tube of a SpaceX Falcon 9 rocket as its hull. He added that it be "extremely robust" and would support many as four air tanks, with four handles that could be used as hitching points for ropes and cables.The project would take "about 8 hours" to build, Musk added, or less than half the 17 hours it would take to fly it to Thailand.It's not certain that the Thai government is committed to using the mini sub, and there's still plenty of risk in navigating between rocks and other hazards. Not that officials may have other options. Some of the children don't know how to swim, and those that did would still face a perilous journey. …
Post a Comment
Read more

DJI's next Mavic drone might have 360-degree obstacle awareness 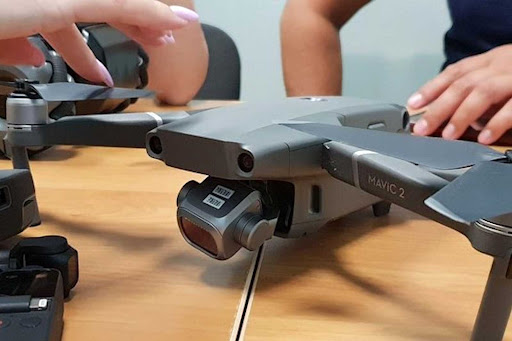 Now that DJI has made its semi-pro drone technology more accessible through the Mavic Air, what's it going to do for operators who prefer the Mavic Pro line? Check off a few of their bigger wish list items, apparently. DroneDJ has obtained a photo of what looks like a sequel to the Mavic Pro, reportedly just called the Mavic 2. It would still have the signature folding propeller arms, but would include at least side obstacle avoidance cameras, if not rear as well -- this could provide 360-degree obstacle avoidance. If you've ever crashed your drone into a tree while trying to record a dramatic panning shot, you know how important this could be.The Mavic 2 might also be helpful for budding aerial cinematographers. The photo appears to show a GoPro Karma-style removable gimbal that would let you swap cameras, with at least two options (notice the smaller black gimbal hiding on the side?) that may include a larger-than-normal sensor. The addition wouldn't make DJI In…
Post a Comment
Read more 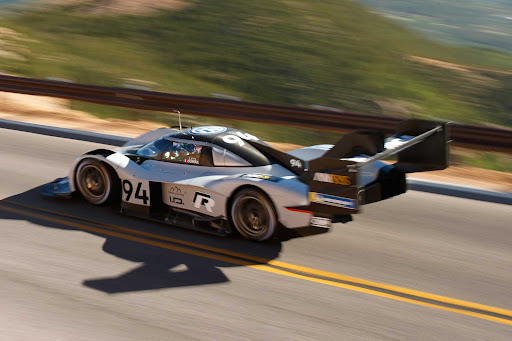 When VW smashed Pikes Peak's all-time record with an electric car, there was one lingering question for those who couldn't see it live: where's the footage? You've got it now. VW has posted uninterrupted aerial footage of its I.D. R Pikes Peak racer's 7-minute 57-second hill climb, and the pace is as relentless as you'd expect -- the helicopter can barely keep tabs on the EV as it makes short work of undulating turns. Moreover, it's a good primer on why electric cars are well-suited to Pikes Peak.If there's a running theme in the video, it's that the I.D. R Pikes Peak can recover speed very quickly when exiting a turn, to the point where it's practically catapulting into the straightaways. You can credit that to the inherent nature of electric motors, which deliver maximum torque (in this case, 479 pound-feet of it) at all times. And in a hill climb like this, where the straights are short and the inclines are steep, that matters far more t…
Post a Comment
Read more

An 'Ingress' anime series is coming to Netflix 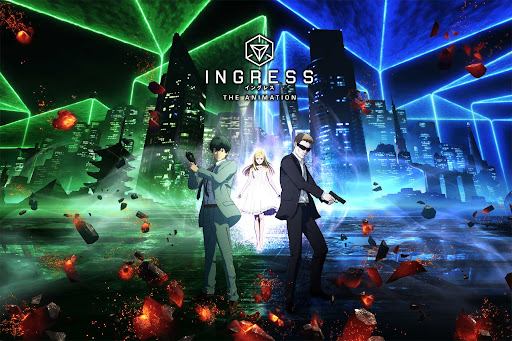 There's no question that Pokémon Go has overshadowed Niantic's original augmented reality game, Ingress. The developer may have a clever way of revitalizing interest when Ingress' major revamp arrives, though: launch a streaming video series to capture gamers' attention. Variety has learned that Netflix, Fuij TV and Crafter are collaborating on Ingress: The Animation, an anime series that will serve as an introduction to the next game, Ingress Prime. Both are expected to launch sometime around October.The new title focuses on two characters, Makoto and Sarah, as they grapple with the effects of the exotic matter spreading across Earth in the Ingress story. They get caught up in the game's signature battle between the Enlightened and the Resistance as they flee a mysterious character (Jack) and determine why a company is abusing exotic matter for nefarious ends. It's a fresh story, but the series and the game will share close connections, including its new antag…
Post a Comment
Read more 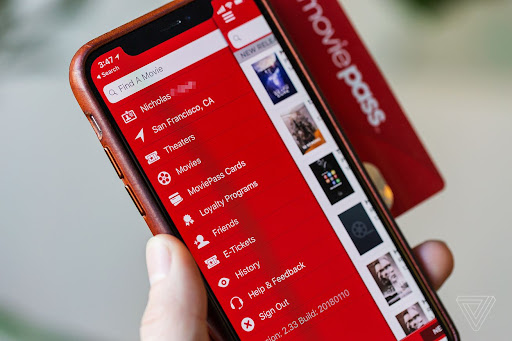 Last night, MoviePass customers encountered a problem when they went out to their local theater: an outage prevented some users from checking in to a film. While the company says that the issue has been resolved, and that it'll reimburse customers who paid out of pocket for tickets, it's not a good look for the service, which can't afford to scare away users. The outage prompted outcry from users, and it couldn't have come at a worst time: Friday night as Marvel's Ant-Man hit theaters. In a tweet, the company advised users to wait to check in for the outage to be resolved, but said that anyone who purchased a ticket without the service could take a picture and send it in to be reimbursed. Users are welcome to purchase tickets out of... Continue reading…

via Latest imported feed items on VMware Blogs https://ift.tt/2KEwDDC If New feed item from https://blogs.vmware.com/feed, then send me an email at kr
Post a Comment
Read more The VMware product line can be a little overwhelming. With VMware announcing new features, products and services regularly, it can be hard to keep up. That said, VMware offers a tool to help you digest and retain all of that information, and they've been keeping it up to date. It's been around for a while now, since about 2014 I think, but if you haven't seen it…Allow me to introduce the VMware Product Walkthrough website. The site is mobile friendly, and pretty intuitive.This tool provides technical overviews and step-by-step guides for installing, configuring and managing VMware products and services. Every single walkthrough includes screenshots and detailed explainations.You can also use the site as a self-paced demo of VMware products and features. Get familiar with the basic features of VMware products before you dive into the VMware Hands-on Labs for those products.…