vCenter Embedded Linked Mode for a vCSA with Embedded PSC

via Latest imported feed items on VMware Blogs https://ift.tt/2KBIUEX If New feed item from https://blogs.vmware.com/feed, then send me an email at kr
Post a Comment
Read more

via Latest imported feed items on VMware Blogs https://ift.tt/2tQvcGZ If New feed item from https://blogs.vmware.com/feed, then send me an email at kr
Post a Comment
Read more

Bug in some vSAN code that Logic Monitoring is polling

As per the below link  if we are using the Logic Monitoring for VSphere environment, It looks like due to a change in the server-side API behavior of VMware 6.5, could trigger host instability, or possibly a crash of an ESXi 6.5 host. https://ift.tt/2z0EsOA … Continue reading →

via Latest imported feed items on VMware Blogs https://ift.tt/2lKEgcT If New feed item from https://blogs.vmware.com/feed, then send me an email at kr
Post a Comment
Read more

Getting Started With Ansible And VMware

For a little while now I've been playing around with Ansible and exploring its VMware modules.  While using Ansible with the VMware modules is not overly complex.  I quickly realised there were very little examples out on the web for …Read more »

via Latest imported feed items on VMware Blogs https://ift.tt/2Kyu15X If New feed item from https://blogs.vmware.com/feed, then send me an email at kr
Post a Comment
Read more

via Latest imported feed items on VMware Blogs https://ift.tt/2lHGiu5 If New feed item from https://blogs.vmware.com/feed, then send me an email at kr
Post a Comment
Read more Fresh Tiger Stripes on Saturns Enceladus
Do underground oceans vent through the tiger stripes on Saturn's moon Enceladus? Long features dubbed tiger stripes are known to be spewing ice from the moon's icy interior into space, creating a cloud of fine ice particles over the moon's South Pole and creating Saturn's mysterious E-ring. Evidence for this has come from the robot Cassini spacecraft that orbited Saturn from 2004 to 2017. Pictured here, a high resolution image of Enceladus is shown from a close flyby. The unusual surface features dubbed tiger stripes are visible in false-color blu e. Why Enceladus is active remains a mystery, as the neighboring moon Mimas,approximately the same size, appears quite dead. A recent analysis of ejected ice grains has yielded evidence that complex organic molecules exist inside Enceladus. These large carbon-rich molecules bolster -- but do not prove -- that oceans under Enceladus' surface could contain life. 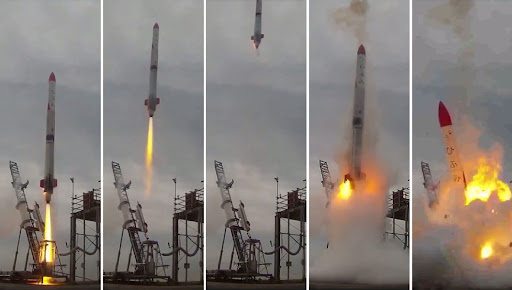 Japan's hopes for a thriving private spaceflight industry have been dashed once again. Interstellar Technologies' second attempt at a rocket launch has ended in spectacular fashion, with its 33-foot MOMO-2 vehicle crashing (and bursting into flames) just moments after liftoff. The company put on a brave face with word that the launch facility remained intact and a promise that it would continue the program, but it's hard to be optimistic when the 2017 launch at least cleared the launchpad area.It's not certain how this will affect plans to put a satellite into low Earth orbit by 2020.Interstellar has yet to indicate what might have caused the crash (besides a sudden lack of thrust, that is). However, this doesn't speak well of the company's strategy so far, which has relied on using existing parts where possible instead of designing everything from scratch. It promises to dramatically reduce the cost of flights (the original MOMO cost $440,000 versus the…
Post a Comment
Read more

Here's how 'Wolfenstein II' manages to run on Nintendo Switch 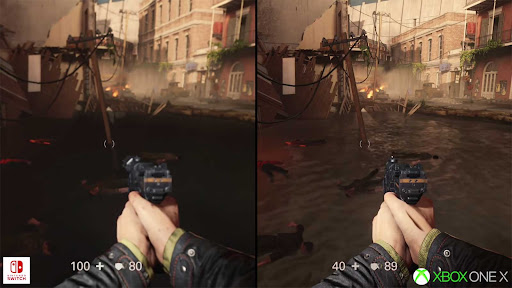 Now that Wolfenstein II: The New Colossus is available on the Switch, there's a question many want answered: just how did Panic Button manage to squeeze such a visually intense game into a title you can play on the bus? You now have a clear answer. DigitalFoundry has produced a detailed examination of the many tweaks made to make the game work. The developer managed to preserve all the gameplay sequences, geometric detail and key visual effects (such as particles, volumetric lighting and motion blur) -- it's the less-than-essential features that get cut.Some changes are obvious. The Switch port uses very aggressive on-the-fly resolution changes, dropping the game to as low as 640 x 360 even when you dock your system -- this is a game best-played in handheld mode. Panic Button also dropped the target frame rate to 30FPS, reduced texture quality and produced noticeably simpler water effects without reflections and 3D interaction.Other changes, however, are subtler. While t…
Post a Comment
Read more 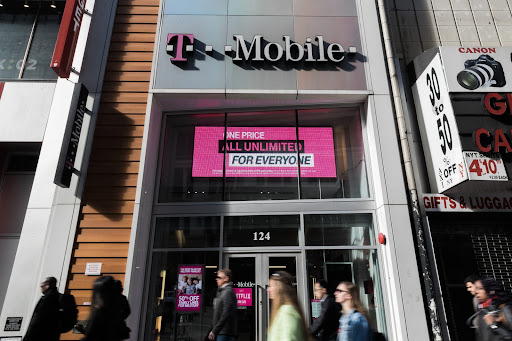 American carriers have had support for RCS' next-generation text messaging for a while, but it typically hasn't been very useful outside of your home network. Unless you're with Sprint, you haven't had that universal support needed to chat between networks. Thankfully, that support is widening ever so slightly. T-Mobile is rolling out a software update that brings RCS Universal Profile to "select" Android devices. In theory, you can participate in 100-person group chats (among other benefits) with people using Sprint and other Universal Profile-enabled providers.The only problem: at present, the update is rolling out solely to Galaxy S7 and S7 Edge users. If you're using a newer phone, you're out of luck. T-Mobile has promised wider support over time, but this won't help much if you're a Galaxy S9 owner expecting to get the latest and greatest features. It's a start, at least, and it does hint at a future where RCS is commonplace.Via: Andr…
Post a Comment
Read more 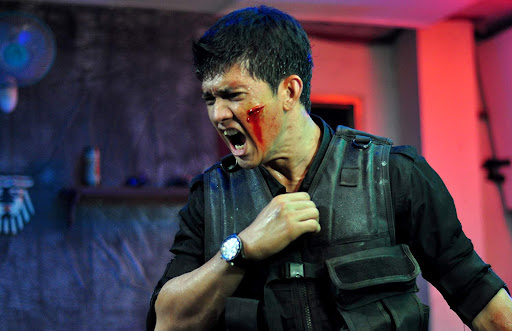 Netflix has given yet another original the go-ahead to shoot 10 episodes: this time, it's a martial arts sci-fi crime drama called Wu Assassins, and it will star Indonesian actor Iko Uwais. The name will most likely sound familiar to fans of the genre. Uwais played the lead character and did the fight choreography for Indonesian martial arts flick The Raid (and its sequel), which is possibly one of the greatest action movies ever made. According to Deadline, he'll serve as the lead fight choreographer and stunt coordinator for the series, too. Hopefully, that means we can expect some heart-pumpi ng, beautifully choreographed fight scenes.Uwais, who also played a small role in Star Wars: The Force Awakens, plays the latest and last Wu Assassin in the show. The series is set in San Francisco and will feature an ancient triad and supernatural elements. One of Uwais' co-stars is Byron Mann, whom you might remember as the Kovacs sleeve you see in the opening scene of Altered …
Post a Comment
Read more 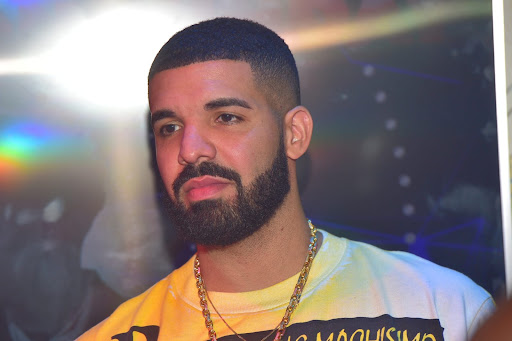 Drake is back to breaking streaming music records, although this time he's getting a helping hand. To start, Apple has confirmed that the man from the 6 smashed his own single-day record on its music service, with his album Scorpion resulting in over 170 million streams inside of 24 hours (More Life managed "jus t" 89.9 million streams). We've asked Spotify for its own details, but it did informVariety that Drake did break the record. Estimates have the star racking up about 132.4 million chart-eligible streams on launch day, trouncing Post Malone's 78.7 million streams. At one point, Spotify revealed that people were streaming Scorpion over 10 million times per hour -- that's a high rate of Champagne Papi consumption by any standard.There's a not-so-secret reason as to why Drake is performing so well, though: both Apple and Spotify bent over backwards to promote Scorpion. Apple Music featured him prominently, added Siri responses to Drake-related ques…
Post a Comment
Read more 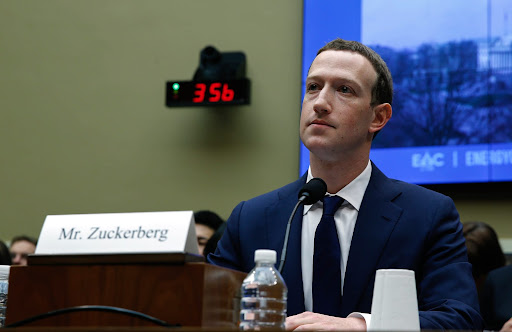 It's no secret that Facebook shared user data with device and software makers as part of its partnerships. Now, however, the scope of those deals has become clearer. Facebook has responded to a House Energy & Commerce Committee request for data with a 747-page response detailing the social network's data sharing deals with other companies. All told, Face book has shared user info with 52 firms, including Chinese firms like Alibaba, Huawei, Lenovo and Oppo -- some of these were already known. It has ended already partnerships with 38 of them (some due to companies ending relevant business, like HP/Palm and Inq), with seven more due to expire in July 2018 and one more in October.Three partnerships are due to continue, Facebook said. Apple has an agreement that extends past October, Amazon also has a deal, while Tobii needs its partnership for an eye-tracking app that makes Facebook accessible to ALS patients. There are also ongoing alliances with Alibaba, Mozilla and…
Post a Comment
Read more

If you were going to bet on which technology might soon do the work of a stuntman, you'd probably guess CGI. It turns out robots have a shot, too — robots built by Disney. A new report from TechCrunch lays out the advances the company has made in the field of animatronics. These are the lifelike, usually static robots, designed to entertain the crowds at Disney theme parks and resorts. Think of the grog-swilling pirates carousing in the Pirates of the Caribbean ride, or the recently unveiled Na'vi in the new Pandora: The World of Avatar attraction.But a new breed of animatronics are pushing the limits of robot engineering. Following the company's Stickman project, Disney's engineers are now building humanoid robots designed to take...Continue reading…