Showing posts from September 7, 2018
Show all

Reading Time: 2 minutesVMware Horizon version 7.4 was releases at the begin of this year, and now VMware has just released the new version of VMware Horizon: version 7.6 has several improvements as documented in the release notes. So a really active year for EUC and VDI. VMware has also released VMware User Environment Manager 9.5 and VMware AppVolumes 2.14.2. Horizon 7 version 7.6 includes the following new features: Support for vSphere 6.5 U2 Additional features in Horizon 7 on VMware Cloud on AWS New functionality in Horizon Client 4.9: for information about new features in Horizon Client 4.9, including HTML Access 4.9, see […]The post VMware Horizon version 7.6 appeared first on vInfrastructure Blog.

via Latest imported feed items on VMware Blogs https://ift.tt/2wXrP2G If New feed item from https://blogs.vmware.com/feed, then send me an email at kr
Unsubscribe from these notifications or sign in to manage your Email Applets.
Post a Comment
Read more

Reading Time: 3 minutesThree years ago, VMware has decided to make VMware Tools an independed package, with a separate lifecycle and available in the MyVMware download page as a separated package. Separated and independed from VMware Fusion, Workstation and ESXi virtualization solutions! Seems good, but on vSphere environment this can make some confusion considering that you have the VMware Tools bundled with ESXi and the standalone VMware Tools usually with a bigger version and independed also by the version of vSphere! The latest available version of standalone VMware Tools is 10.3.0, released on July 2018 (see the release […]The post Issues with VMware Tools Version 10.3.0 and vmxnet driver appeared first on vInfrastructure Blog.

via Latest imported feed items on VMware Blogs https://ift.tt/2N08OaA If New feed item from https://blogs.vmware.com/feed, then send me an email at kr
Unsubscribe from these notifications or sign in to manage your…
Post a Comment
Read more

There comes a time in every Desktop Virtualization or Virtual Application Delivery project, where the customer's data center design is key to the success of your remote access solution. Depending on the customer's design, you need to be able to provide secure, remote access to the users regardless of their location or your current IT […]The post Leveraging Amazon Route 53 for VMware Horizon Global Remote Access appeared first on VMware End-User Computing Blog.

via Latest imported feed items on VMware Blogs https://ift.tt/2wQ1543 If New feed item from https://blogs.vmware.com/feed, then send me an email at kr
Unsubscribe from these notifications or sign in to manage your Email Applets.
Post a Comment
Read more

via Latest imported feed items on VMware Blogs https://ift.tt/2oNcDBn If New feed item from https://blogs.vmware.com/feed, then send me an email at kr
Unsubscribe from these notifications or sign in to manage your Email Applets.
Post a Comment
Read more

Nokia and VMware continue to collaborate to deliver integrated and proven end-to-end NFV solutions which are widely deployed at communication service providers (CSP) globally.  Together we bring joint value with decades of telecom innovation combined with virtualization and cloud expertise. Powered by continued networking and cloud technology portfolio investment, supported by the research and […]The post VMware & Nokia at MWC Americas 2018 appeared first on VMware Telco NFV Blog.

via Latest imported feed items on VMware Blogs https://ift.tt/2MbwenV If New feed item from https://blogs.vmware.com/feed, then send me an email at kr
Unsubscribe from these notifications or sign in to manage your Email Applets.
Post a Comment
Read more 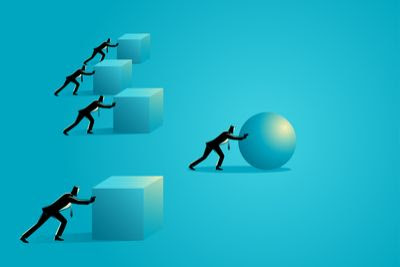 Pete Flecha, Sr Tech Marketing Architect from VMware, joined us in the HPE booth at VMworld to discuss why VVols are simpler, smarter, and faster.

via Latest imported feed items on VMware Blogs https://ift.tt/2wWJgjC If New feed item from https://blogs.vmware.com/feed, then send me an email at kr
Unsubscribe from these notifications or sign in to manage your Email Applets.
Post a Comment
Read more

Everything you need to know about UNMAP in vSphere

via Latest imported feed items on VMware Blogs https://ift.tt/2wTKNbf If New feed item from https://blogs.vmware.com/feed, then send me an email at kr
Unsubscribe from these notifications or sign in to manage your Email Applets.
Post a Comment
Read more

First and foremost, I'd like to take this opportunity to thank the following for allowing me to participate in Tech Field Day at VMworld: Stephen Foskett Tom Hollingsworth Rich Stroffolino Ben Gage Tech Field Day Gestalt StorageCraft NetApp Stephen and his team were kind enough to offer me an opportunity to join the Monday presentations... Continue Reading →

via Latest imported feed items on VMware Blogs https://ift.tt/2wS2x6C If New feed item from https://blogs.vmware.com/feed, then send me an email at kr
Unsubscribe from these notifications or sign in to manage your Email Applets.
Post a Comment
Read more 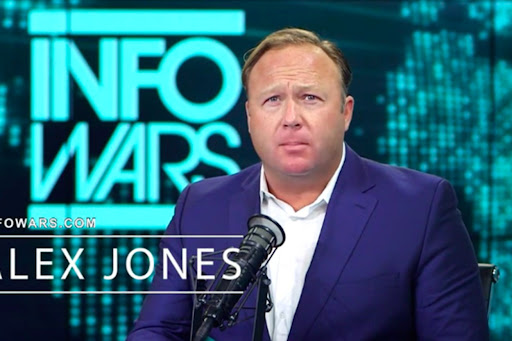 Only a day after Alex Jones was permanently banned from Twitter, the Infowars app — the final straw for Jones' platform — has been permanently kicked off the App Store, also permanently. Apple confirmed the removal with Buzzfeed by citing the App Store guidelines, which forbids "content that is offensive, insensitive, upsetting, intended to disgust, or in exceptionally poor taste." Searching for the app within the App Store right now only brings up other apps unrelated to Infowars.No more 'Infowars' on the App Store The snowball of Alex Jones' social media accounts being banned or removed for the world's biggest social networks has been building for a while now. Within the past month, Alex Jones' personal accounts or Infowars branded...Continue reading… 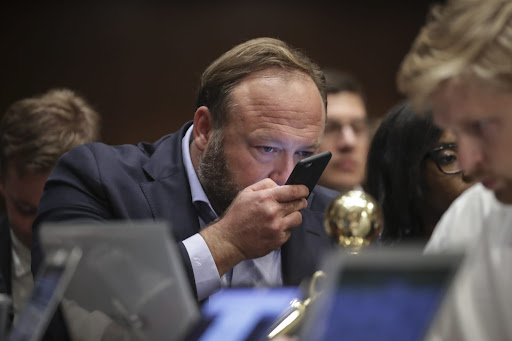 After Alex Jones and InfoWars drew bans from Facebook, YouTube and Apple Podcasts over repeated violations of their conduct policies, fans of the network downloaded its apps to continue accessing the same content. Tonight Apple confirmed to BuzzFeed News that it has permanently banned InfoWars from the iOS App Store.Apple was not specific about what caused the move, simply referring to its guidelines about objectionable content in the store. Before Twitter finally banned Jones and his site yesterday, we listed a series of posts that violated its policies and had somehow not resulted in the accounts being removed. Despite whatever reason the app had avoided removal until now despite engaging in the kind of defamatory and discriminatory language explicitly banned, Jones' move to confront reporters and even Twitter CEO Jack Dorsey around the Senate building on Wednesday while livestreaming and posting appears to have been the beginning of the end. As of this writing, the InfoWars …
Post a Comment
Read more 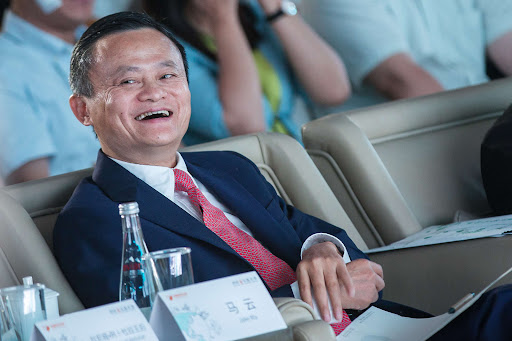 In an interview with the New York Times Jack Ma revealed his plan to step down as executive chairman of Alibaba -- often referred to as China's Amazon -- on Monday. He co-founded the Chinese internet retailer in 1999 and built it into an empire currently worth $420 billion and making the former English teacher China's richest man worth about $40 billion. According to the paper current CEO Daniel Zhang is a "candidate" to replace Ma, who plans to pursue philanthropy in education. Monday is his 54th birthday, and the Chinese holiday Teacher's Day, making the announcement particularly timely.Source: New York Times

via Engadget RSS Feed https://ift.tt/2NXsSXr If New feed item from http://www.engadget.com/rss-full.xml, then send me
Unsubscribe from these notifications or sign in to manage your Email Applets.
Post a Comment
Read more 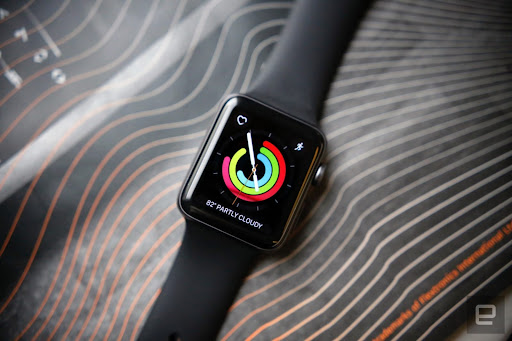 Apple claims that proposed US tariffs on $200 billion of goods from China will make some of its products (including Apple Watch, HomePod, AirPods and Ma c mini) more expensive. The company said in a letter to the US government, which sought public comments on the levies, that Apple Pencil, Magic Mouse and Trackpad and various leather covers and cases will be among the affected products. "Because all tariffs ultimately show up as a tax on US consumers, they will increase the cost of Apple products that our customers have come to rely on in their daily lives," Apple wrote in its letter to the US Trade Representative's office, which you can read below.The public comment period for the proposed 25 percent levy on products and parts has now closed, and the government will make a decision on enforcing the tariffs after assessing the comments. The proposal follows a prior round of tariffs on $50 billion of Chinese goods. Meanwhile, President Donald Trump said Friday that he i…
Post a Comment
Read more 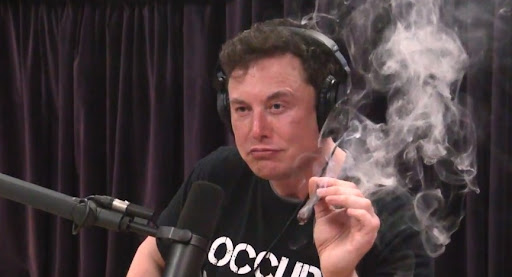 Tesla wrapped up an interesting week -- CEO Elon Musk took a puff or two from a joint live on Joe Rogan's podcast, its recently-hired chief accounting officer quit after less than a month on the job and its HR chief announced she would not return from a leave of absence -- by announcing a round of executive promotions. In a letter to staff that's also posted on the company's website, Musk said: " For a while, there will be a lot of fuss and noise in the media. Just ignore them. Results are what matter and we are creating the most mind-blowing growth in the history of the automotive industry."Most notable, Tesla now has a new President, Automotive. In a move that may take some direct responsibilities and pressure off of Musk, Jerome Guillen "will oversee all automotive operations and program management, as well as coordinate our extensive automotive supply chain." Guillen will still report directly to Elon Musk, and in the letter he's credited for…
Post a Comment
Read more
More posts