Astronomy Picture of the Day: The Lonely Neutron Star in Supernova E0102 72.3 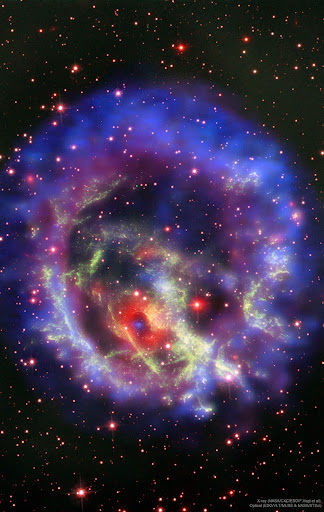 The Lonely Neutron Star in Supernova E0102 72.3
Why is this neutron star off-center? Recently a lone neutron star has been found within the debris left over from an old supernova explosion. The "lonely neutron star" in question is the blue dot at the center of the red nebula near the bottom left of E0102-72.3. In the featured image composite, blue represents X-ray light captured by NASA's Chandra Observatory, while red and green represent optical light captured by ESO's Very Large Telescope in Chile and NASA's Hubble Space Telescope in orbit. The displaced position of this neutron star is unexpected since the dense star is thought to be the core of the star that exploded in the supernova and created the outer nebula. It could be that the neutron star in E0102 was pushed away from the nebula's center by the supernova itself, but then it seems odd that the smaller red ring remains centered on the neutron star. Alternatively, the outer nebula could have been …
Post a Comment
Read more 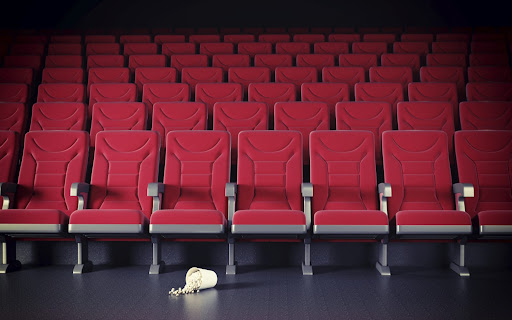 Former MoviePass subscribers who thought they were able to evade the company's previous attempts at reactivating accounts without consent may want to check their emails. According to various social media posts on Twitter and Reddit, the beleaguered company has been sending out letters telling inactive users that their subscriptions will be restored unless they opt out of a test. The letters said the recipients had been chosen to be "part of a select test group" who can use their accounts to see one movie per day again starting on October 5th. That might sound great for fans of the one-movie-a-day scheme, except the recipients weren't even given a choice. If they don't opt out by October 4th, 9PM ET, then the credit card MoviePass has on file will automatically be charged $10 on a monthly basis again. That part could be easy to miss for those who only skim their emails, especially if they know that they already unsubscribed long ago. In the case of Caroline Moss, …
Post a Comment
Read more 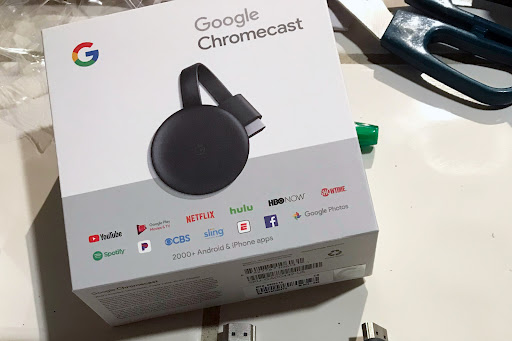 Google is still having an absolutely lousy time keeping its October 9th announcements under wraps. Redditor GroveStreetHomie managed to buy the as yet unreleased third-generation Chromecast at a Best Buy that had mistakenly put it out for sale. Externally, it's more a subtle refresh of the 2015 model than a revolution -- it's still a puck-shaped dongle, just with a matte surface and the Chrome logo replaced with the virtually omnipresent "G" fr om newer devices. Inside, however, it might be more interesting.While this could be just a visual refresh, The FCC recently greenlit a new Chromecast that would include Bluetooth and, potentially, more powerful WiFi. Although it's not certain how Google would use Bluetooth, rumors have swirled of Google developing a game streaming service that could use the wireless format for gamepads. GroveStreetHomie couldn't set up the device yet (it claimed he needed an update) to check for new features.According to Best Bu…
Post a Comment
Read more 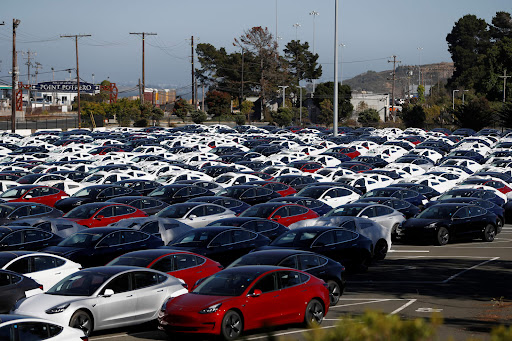 Tesla CEO Elon Musk is having a lousy week, but the company might have something to crow about. A source speaking to Electrek (historically accurate with these rumors) has reported that Tesla met its lofty target of building at least 50,000 Model 3 cars over its summer quarter, producing about 51,000 examples of the 'entry-level' EV by September 28th. The company had been struggling with manufacturing earlier in the period, but apparently ramped back up to 5,000 Model 3s per week by the end of the quarter.The automaker reportedly made about 77,400 EVs in total over the time span, or 6,700 in that final week.You likely won't get official figures from Tesla until well after the quarter ends. It may take weeks to verify these numbers. There's no question that Tesla has been pulling out all the stops to boost production and deliveries, such as reducing color options and hand-delivering cars.If accurate, it'll represent a record for both Tesla and the EV industry as a w…
Post a Comment
Read more

FL Studio gets its own dedicated music-making hardware 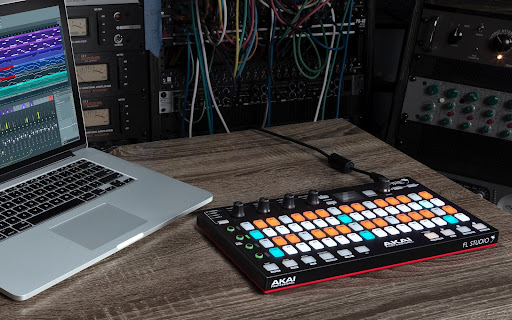 The favorite DAW (digital audio workstation) of producers like Metro Boomin and Mike Will Made It finally has a piece of hardware to call its own. Ableton got its first dedicated hardware controller way back in 2009. And Pro Tools has had them since... well honestly I don't even know, but long before that even. FL Studio though, despite its popularity, has had to make do with generic MIDI controllers until now. The Akai Professional Fire changes all of that.If you've spent any time tinkering in FL Studio (or Fruity Loops, for those of you who go way back) the Fire should look immediately familiar. Its 4x16 grid of pads look exactly like the ones you'll find in FL Studio's step sequencer, complete with little black notch. They're not just simple on-off buttons though, since they're velocity sensitive you can use them for finger drumming and even to play keyboard instruments in "note" mode.Of course if all you could do was control the sequencer Fire wou…
Post a Comment
Read more 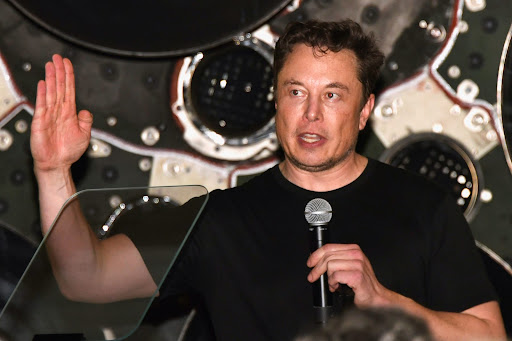 Elon Musk's SEC drama is over almost as soon as it begun -- the entrepreneur has settled with the SEC over the securities fraud charge for his tweets about taking Tesla private. He'll get to keep the CEO position, but he'll have to step down as Chai rman and let an independent person take that position. He won't be eligible for that position for three years, the SEC said. Tesla will also have to appoint a total of two new directors, create a committee of independent directors and establish "additional controls and procedures" for Musk's communications. Both Musk and Tesla will pay $20 million each in penalties, all of which will go toward "harmed investors."Developing...Via: CNBCSource: SEC

via Engadget RSS Feed https://ift.tt/2RahYQ8 If New feed item from http://www.engadget.com/rss-full.xml, then send me
Unsubscribe from these notifications or sign in to manage your Email Applets.
Post a Comment
Read more

Some iPhone XS units won't charge until you wake the screen 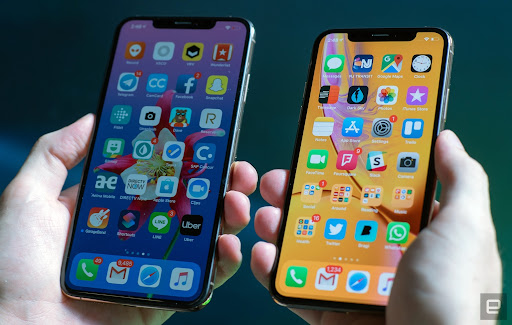 It wouldn't be a major phone launch without some teething troubles, and the iPhone XS appears to be no exception to the rule. Some device owners on Apple's forums, Reddit and Unbox Therapy (among others) have reported that their units won't charge properly through the Lightning cable until the screen wakes up. In certain cases, it won't work until you both wake the screen and reconnect. Suffice it to say this could be inconvenient if you plugged in at night and were counting on a full charge the following da y.Wireless charging appears to be normal.We've asked Apple for comment on the issue. It's not certain if the problem is hardware- or software-related, although the company has fixed charging issues through software in the past. It just recently patched an Apple Watch bug that prevented devices from charging, for instance. We wouldn't be surprised if there's an update on the way in the near future -- while this isn't a crippling issue, it's…
Post a Comment
Read more 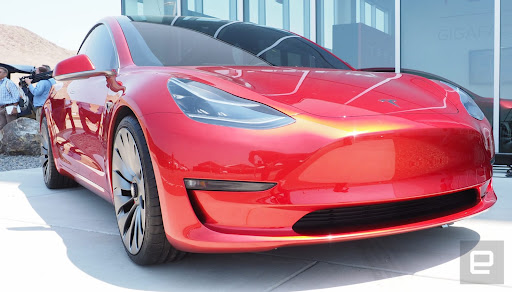 To get Tesla's full self-driving capabilities, you'd have to pay between $5,000 and $10,000 for an upgrade, depending on the package you choose. The company is offering some of its employees the chance to get it for free, though -- so long as they're willing to share around 300 to 400 hours of driving feedback, that is. In an internal email obtained by Bloomberg, company chief Elon Musk is asking around 100 to 200 employees thinking of buying a Tesla to join an internal testing program for the automaker's full-fledged autonomous system.Obviously, this isn't an employee perk everyone can take advantage of, since it's widely believed that employees don't get discounts for a new car. But those who were going to buy a Tesla anyway can either get the full self-driving suite for free by the end of next year or to get a premium interior at no cost. In the letter, Musk said the offer is open on a first come, first served basis and expects the list to be full by …
Post a Comment
Read more 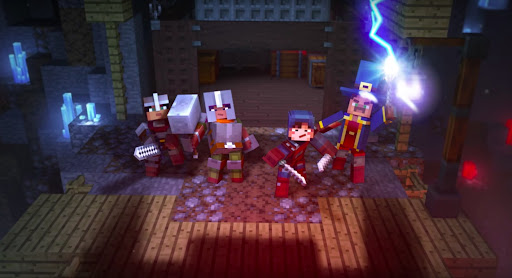 The new game from Mojang answers the eternal question, what if Minecraft and Gauntlet had a baby?Minecraft: Dungeons is a brand-new game inspired by classic dungeon crawlers like Wizardry and Ultima Underworld, and it turns the series' traditional formula on its head. Instead of providing a vast, open canvas where players can let their imaginations run wild, Dungeons is an adventure game filled with discrete quests, characters, items and enemies. It still looks like classic Minecraft fare, complete with cube-headed characters and 3D swords with jagged, pixelated blades.While players are free to explore this new blocky universe, Dungeons is decidedly not an open-world game. It is, however, a passion project for a small team at Mojang, according to Chief Creative Officer Jens Bergensten."When I think about Minecraft, I essentially think about it as the multiverse, like multiple universes," Bergensten said on a phone call just days before revealing Dungeons at Minecon 2018.…
Post a Comment
Read more
More posts