Picture This: Caught Our Eyes: Playing with Shadows 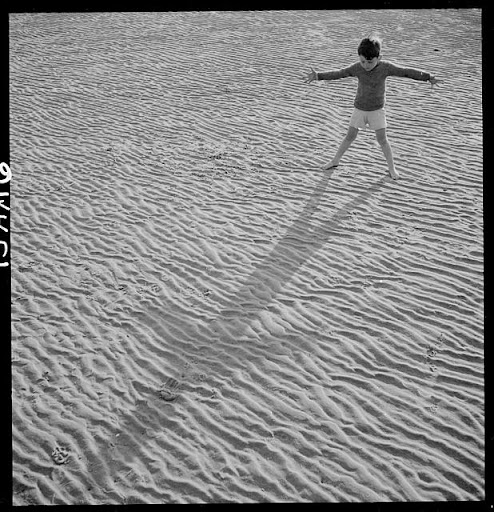 Caught Our Eyes: Playing with Shadows By Barbara Orbach Natanson Reference Librarian Ryan Brubacher added this photo by Toni Frissell to our "Caught Our Eyes" wall for sharing pictures from the collections with our colleagues, noting that it had caught her eyes again . She recalls encountering it first because it was one of the hundreds of photos featured in the landmark "Family of Man" exhibition that Edward Steichen organized for the Museum of Modern Art in 1955, which has been the subject of much subsequent scholarship. But changing circumstances allowed her to view the image with new eyes: I'd seen this image before, but not since being a mother of a young boy. The exploration of shadow was very true to my own son's explorations, but also I was moved by the way Frissell frames him on the infinite sand to highlight how small he seems even when he is tryin
Post a Comment
Read more

Black Squad is Now Available on Steam! Black Squad is a free-to-play military first-person-shooter. Players can master their skills and show off their strategies with a wide range of game maps, modes, and weapons to choose from. Join thousands of FPS players worldwide in one of the most played games on Steam! via Steam RSS News Feed "https://ift.tt/2RAFzdu"
Post a Comment
Read more
More posts