A quick blurb on the DRSRule PowerShell module for managing VMware DRS rules via PowerShell/PowerCLI: the module is updated with several bugfixes and enhancements. Possibly as exciting of news: the module is now available on the official PowerShellGallery, so it is a snap to install/update the module on your machine! As with any module on the PowerShellGallery, you save the module with the Save-Module cmdlet (so that you can inspect the code and ensure that things are good -- security first!).  And, you install the module with the Install-Module cmdlet. The straightforward and memorable instructions for saving- and/or installation of a module are available by default on each module's Gallery page. For this module, see https://www.powershellgallery.com/packages/DRSRule . Enjoy! via Latest imported feed items on VMware Blogs https://ift.tt/2LcQPvW
Post a Comment
Read more 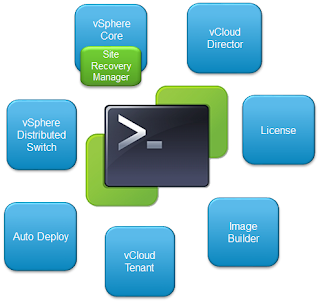 Hurray -- the vNugglets.VDNetworking PowerShell module is now updated (with updates available on the PowerShellGallery)! This module has cmdlets for helping manage your VMware virtual distributed networking infrastructure, like reporting on and configuring traffic filtering/marking configurations. The ChangeLog has all of the juicy details, but the big news with this update: The Set-VNVMHostNetworkAdapterVDUplink cmdlet provides the ability to manage the VDSwitch Uplink for a VMHost physical NIC ("VMNIC") on the VDSwitch of which the VMNIC is already a part -- finally! (this is not yet available in a native cmdlet in PowerCLI, but I'm sure that VMware has it on their list). The copious examples show all kinds of ways to use this module.  Grab the module from the PowerShellGallery with the standard Find-Module vNugglets.VDNetworking | Install-Module that we all know and love
Post a Comment
Read more

When VMware releases the newer version of vSphere, Every company look for the upgrade options for better performance and management. With the release of vSphere 6.7 VMware announced the vCenter Server Appliance 6.7. VCSA 6.7 has many good features and improvements. In the last post we looked at How to Upgrade VCSA 6.5 to VCSA … via Latest imported feed items on VMware Blogs https://ift.tt/2KWjOVe If New feed item from https://blogs.vmware.com/feed , then send me an email at kr
Post a Comment
Read more

Neutrino Associated with Distant Blazar Jet With equipment frozen deep into ice beneath Earth's South Pole, humanity appears to have discovered a neutrino from far across the universe. If confirmed, this would mark the first clear detection of cosmologically-distant neutrinos and the dawn of an observed association between energetic neutrinos and cosmic rays created by powerful jets emanating from blazing quasars ( blazars ). Once the Antarctican IceCube detector measured an energetic neutrino in 2017 September, many of humanity's premier observatories sprang into action to try to identify a counterpart in light . And they did. An erupting counterpart was pinpointed by high energy observatories including AGILE , Fermi , HAWC , H.E.S.S. , INTEGRAL , NuSTAR , Swift , and VERITAS , which found that gamma-ray blazar TXS 0506+056 was in the right direction and with gamma-rays
Post a Comment
Read more

Chinese car giants team up on a ridesharing platform

It's not just Western automakers jumping head-first into transportation services. Three of China's largest car brands ( Chongqing Changan , Dongfeng and FAW Group) have launched a venture that will create a ridesharing platform. T3 Mobile Travel Services will bring in partners from other fields to create the Uber-style service, and it'll unsurprisingly take advantage of the country's burgeoning self-driving car industry . It may not sound immediately relevant if you live outside of China, but the partnership could have a significant effect on the automotive world. All three of these companies have joint ventures with American and European car brands due to Chinese requirements -- outside manufacturers may not have to participate, but it may be hard to resist the allure of ridesharing in such a giant market. If nothing else, this appears to be a
Post a Comment
Read more

While Tesla's Model 3 should be a safe car (this isn't the company's first try), it's hard not to feel nervous. Without official crash test results, how do you know how resilient it really is? Apparently, it's tougher than you might think. Reddit user StapleGun has recounted what might be the first rollover crash of a Model 3, and the new EV appears to have done a decent job protecting its lone occupant in what many would consider a nightmare scenario. The Model 3 tumbled several times after colliding with a vehicle in the middle lane, sending it into a cement barrier that tore off a front wheel and knocked the normally stable machine (courtesy of batteries in the floor) off-balance. Despite the violence of the crash and the Model 3's glass roof, the cabin was "completely intact" and prevented any serious injuries. StapleGun's wif
Post a Comment
Read more

Want a hint of how the automotive zeitgeist is changing? You only need to look at the just-ended Goodwood Festival of Speed. Roborace has carved out a small niche in history with the first self-driving vehicle to successfully complete Goodwood's famous hill climb, where vehicles have to tackle a gradual 300-foot ascent that includes narrow hay- and brick-lined passages. It wasn't a flat-out assault, but the attempt (which was preceded by a practice run ) went off without a hitch -- which you can't say for the other autonomous contender at the festival. Siemens had prepared an autonomous Ford Mustang that carried none other than the festival's founder, the Duke of Richmond, through the run. Technically, it did complete the run -- but only with help from a safety driver, who had to repeatedly take over as the modified coupe threatened to plow into h
Post a Comment
Read more

Nintendo Labo contest champions include a solar accordion and teapots

If it wasn't already apparent that you can do much more with Nintendo Labo than what comes in the box, it is now. Nintendo has unveiled the winners of a Creators Contest that challenged them to produce games and musical instruments, and the results go well beyond what you might expect. One of the more inventive examples is Momoka Kinder's solar-powered accordion. It uses the Joy-Cons to both play notes (when you cover one of the holes with your finger) and change volume based on tilt, while pressing buttons on the Switch screen controls the octave. You probably won't serenade someone with it, but it's complete and relatively easy to make (you can use tissue boxes if you like). The other champions are inventive as well. Joseph France's Tea Time game puts Joy-Cons into cardboard teapots that you have to 'fill' and 'pour' to
Post a Comment
Read more

Another piece of the Square Kilometer Array's puzzle just fell into place. South Africa has officially switched on MeerKAT, billed as the most sensitive radio telescope of its type on the planet. Some parts of the array have been gathering data, but it's now nearly ready to use interferometry from all 64 dishes to map the normally invisible portions of space in exceptionally high detail. It should be completely ready for scientific experiments in about two months, according to Natu re . However, you won't have to wait that long to see fresh results -- you're looking at some above. Researchers have produced a panorama of the Milky Way galaxy's center (which contains a supermassive black hole) using radio, infrared and X-ray wavelengths that penetrate the gas and dust thwarting conventional telescopes. The image isn't just pretty -- it shows m
Post a Comment
Read more

When Pininfarina teased its PF0 electric hypercar in March, it didn't do more than promise a massive amount of power and a 2020 launch. It's starting to dribble out details, however, and it now looks like the PF0 may deliver the best of all worlds -- at a cost. In separate interviews with Wired and The Verge , the company has provided both teaser pictures of the PF0 (surprise: it's sleek) and performance numbers that could make Tesla Roadster buyers at least momentarily nervous. It can reach a blistering 250MPH top speed, reach 60MPH in under two seconds and provide about 310 miles of driving range. You'll no doubt have to be gentle on the throttle to achieve that last figure, but this is theoretically a vehicle you can take on a city-to-city jaunt with some bursts of mind-numbing quickness in between. The company also promises Porsche Taycan -
Post a Comment
Read more
More posts