Preparing for Horizon View – Setting up the Database – 1 of 2 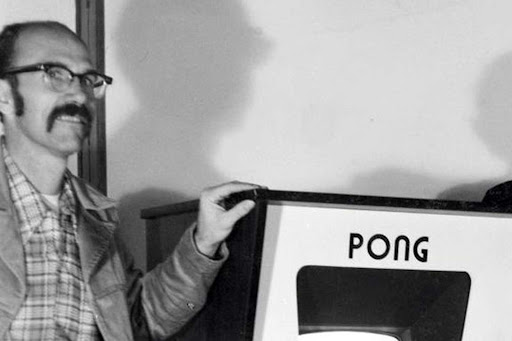 The game industry has lost one of its most influential early figures. Ted Dabney, who co-founded Atari along with Nolan Bushnell, has died after deciding against treatment for esophageal cancer. He and Bushnell created Atari's predecessor Syzygy in 1971 and produced Computer Space , the first commercially available arcade game. They then used that experience as the launching pad for Atari and, along with developer Al Alcorn, released the iconic game Pong in 1972. Dabney was destined to work in tech early on. He learned about electronics while in the US Marine Corps, and took on tech roles at Bank of America and HP soon after leaving the military. His most fateful move, though, was when he joined Ampex in 1961. That gave him early experience with display technology and led him to meet Bushnell, who joined in 1969. They envisioned launching a pizza place with a
Post a Comment
Read more

Astronomy Picture of the Day: Coronal Rain on the Sun

Coronal Rain on the Sun Does it rain on the Sun ? Yes, although what falls is not water but extremely hot plasma . An example occurred in mid-July 2012 after an eruption on the Sun that produced both a Coronal Mass Ejection and a moderate solar flare . What was more unusual, however, was what happened next. Plasma in the nearby solar corona was imaged cooling and falling back, a phenomenon known as coronal rain . Because they are electrically charged, electrons , protons , an d ions in the rain were gracefully channeled along existing magnetic loops near the Sun's surface, making the scene appear as a surreal three-dimensional sourceless waterfall. The resulting surprisingly-serene spectacle is shown in ultraviolet light and highlights matter glowing at a temperature of about 50,000 Kelvin . Each second in the featured time lapse video takes about 6 minutes in real time, so
Post a Comment
Read more 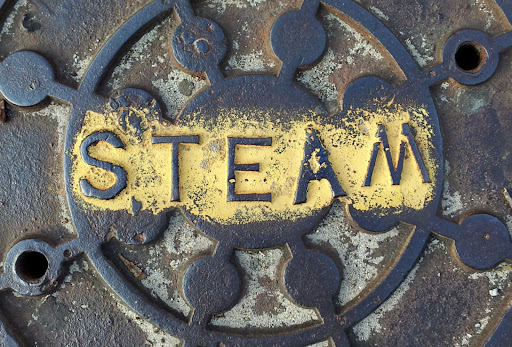 Just because Apple rejected Steam Link for iOS doesn't mean your dreams of PC-to-iPhone game streaming are finished. Apple senior VP Phil Schiller has been emailing Steam users with word that it will "continue to work with" Valve on developing a Steam Link version that follows the App Store's rules. That's not a guarantee that you'll be streaming game s in the near future, but it does leave a door open. The email shed further light on just why Apple gave Steam Link the boot, and suggested that a resolution would be tricky. The iOS app reportedly broke App Store guidelines surrounding "user generated content, in-app purchases, content codes" and similar factors. In other words, its objections seem to revolve around the nature of Steam. While there are already general-purpose remote desktop clients on the App Store, Steam Link'
Post a Comment
Read more 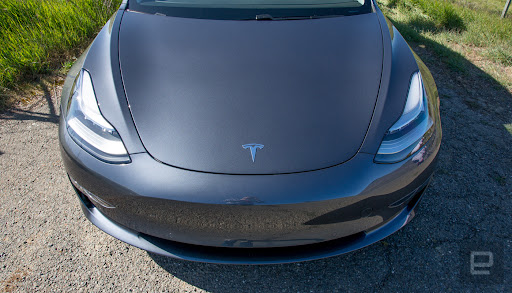 Tesla has asked a federal court in San Francisco to dismiss a securities fraud lawsuit filed by shareholders, which accuses the automaker of lying about its ability to mass produce the Model 3 sedan . The lawsuit, filed in October, alleges that Tesla released false statements when it announced that the vehicle's production was on track in May and August last year. Its says those statements and the lack of disclosure that Tesla was "woefully unprepared" to mass produce the vehicle misled investors into snapping up "artificially inflated" shares. In a court filing asking for the dismissal, Tesla has denied tha t it intended to mislead anyone and said that it and used frank and plain language to discuss the production nightmare it went through. When it announced that the Model 3's production was on track last year, Tesla said the issues that
Post a Comment
Read more

Ever CCed an email you were supposed to BCC? Sure you have! But we bet it wasn't your company's "look how good we are at GDPR" email... via Naked Security https://ift.tt/2IOhnTN If New feed item from http://nakedsecurity.sophos.com/feed/ , then send m
Post a Comment
Read more

Egypt bans YouTube for one month over 2012 anti-Islamic video 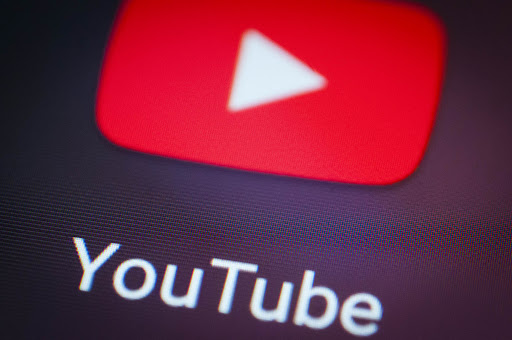 Egypt is about to act on its longstanding threat to temporarily ban YouTube . The country's highest administrative court has ruled that officials must block the streaming video site for a month (along with "all" links playing the video) after it allowed the 2012 anti-Islamic video Innocence of Muslims . The short film's portrayal of the Prophet Mohammed triggered outrage in the Islamic world and led to a 2013 Egyptian case demanding the ban, but the appeal process has kept the ruling in limbo for the past five years. We've asked YouTube for its comment on the ruling, which had yet to take effect as of this writing. Unlike in 2013, this decision is final and can't be overturned. To some extent, the ban has lost its intended effect -- the furor has clearly died down in six years. YouTube itself has also changed since 2012, with a grea
Post a Comment
Read more

iPhones will reportedly get the power to unlock doors using NFC 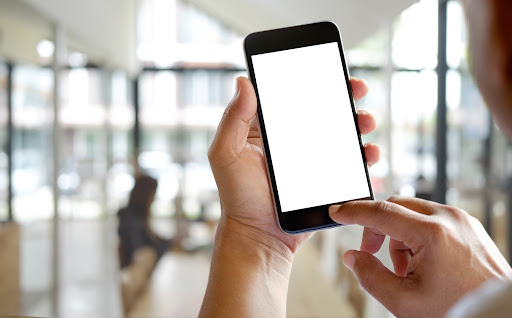 Your iPhone's NFC chip will soon have the ability open your house's and car's doors, as well as pay for your fare, according to The Information . The tech giant is reportedly gearing up to introduce a huge update for its devices' near-field communication chip, which is (at the moment) mostly used to make purchases via Apple Pay. Its employe es already have access to the new features, the publication says, and have apparently been using their iPhones to access offices and buildings at Apple's HQ in Cupertino. While you can use iPhones to open a lot of smart locks via Bluetooth, NFC is considered the more secure option. According to the publication's sources, Apple has been working with HID Global, the company that made its security systems, to give iPhones the capability to gain access to buildings and offices since 2014. The company has report
Post a Comment
Read more 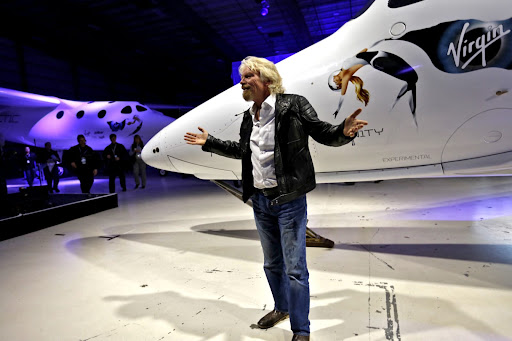 It's no secret that Richard Branson would like to go to space aboard Virgin Galactic's ships . However, it's now clear that he's eager to hasten the process. The tycoon told BBC Radio 4 that he expects his flight to be "months away, not years away," and that he's going through astronaut and fitness training to be sure he's ready. Just when that happens isn't clear (Branson has been optimistic about Virgin's timeline the past), but it's a more realistic claim now that powered VSS Unity tests are underway. His trip would be symbolic for Virgin, but still important -- it'd represent confidence that the company's technology was safe enough for passengers. The bigger question is whether or not Virgin will make space tourism accessible for people who aren't as well-heeled as Branson. Early flights are bound to
Post a Comment
Read more

After dropping $18,000 worth of phones, these are the toughest 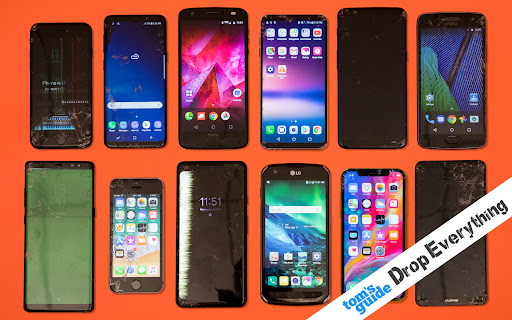 We all know that feeling. You're walking along the street, answering a text message, when someone bumps you, and your phone goes flying onto the concrete. Will your phone hold up, or will it crack under the pressure? At Tom's Guide, we test phones to see which is the fastest , which has the best display , which has the best camera and which has the longest battery life . But we've never tested to see which phone is the toughest. Until now. To help you avoid finding out the horrifying truth when your phone goes clattering to the ground, we tested all of the major smartphones by dropping them over the course of four rounds from 4 feet and 6 feet onto wood and concrete — and even into a toilet — to see which handset is the toughest. Good news: Chances are, your phone will survive a 6-foot fall onto wood and, if it's lucky enough to land on its
Post a Comment
Read more
More posts