Astronomy Picture of the Day: Meteor before Galaxy 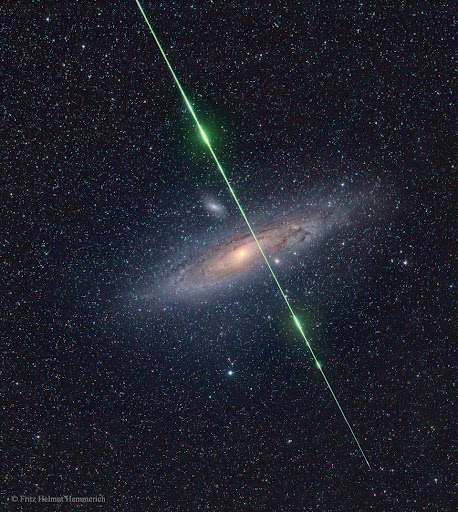 Meteor before Galaxy What's that green streak in front of the Andromeda galaxy? A meteor. While photographing the Andromeda galaxy in 2016, near the peak of the Perseid Meteor Shower , a sand-sized rock from deep space crossed right in front of our Milky Way Galaxy 's far-distant companion. The small meteor took only a fraction of a second to pass through this 10-degree field. The meteor flared several times while braking violently upon entering Earth's atmos phere . The green color was created, at least in part, by the meteor's gas glowing as it vaporized. Although the exposure was timed to catch a Perseids meteor , the orientation of the imaged streak seems a better match to a meteor from the Southern Delta Aquariids , a meteor shower that peaked a few weeks earlier. Not coincidentally, the Perseid Meteor Shower peaks again tonight . August 12, 2018 via N
Post a Comment
Read more 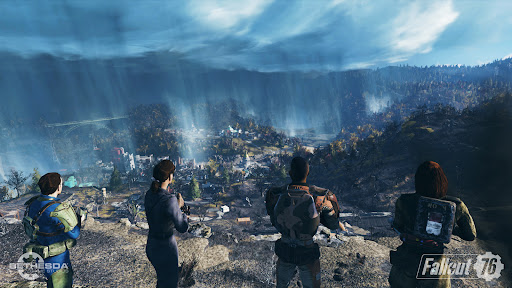 When Bethesda mentioned that Fallout 76 was an online game, you could hear alarm bells ringing in fans' heads. How were they going to deal with the inevitable trolls who come in to ruin other players' fun? Now we know: it's making them a part of the game. In a presentation at QuakeCon, game lead Todd Howard revealed that people who kill unwilling victims will get bounties on their heads, with the money coming out of their total cap balance (that is, currency) and reflecting their character level. They'll also be impossible to miss -- you'll see a red star on the map. This will help you avoid troublemakers, but you'll have a strong incentive to take them down. Fallout 76 will include a revenge mechanic that doubles the usual payout if you take down the person who killed you. You also won't lose your core gear like weapons and armor, s
Post a Comment
Read more 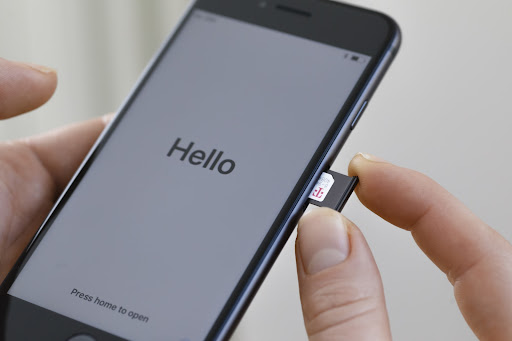 There's a good chance you've had to ask your carrier for a SIM swap, whether it's to replace a faulty card or to switch to another size (say, from micro SIM to nano SIM). Crooks, however, are increasingly abusing those swaps to steal from unsuspecting cellphone users. Florida police have arrested Ricky Handschumacher on grand theft, money laundering and unauthorized computer access charges after law enforcement across the country discovered evidence of a fraud ring that relied on SIM hijacking. Handschumacher and "at least" eight others would make phony SIM card swap requests, sometimes in collusion with carrier store employees, to tie service to a new phone that the intruders controlled. That, in turn, made it easy to rob a victim's virtual wallet -- if an account required two-factor authentication using text messages, the ring members co
Post a Comment
Read more 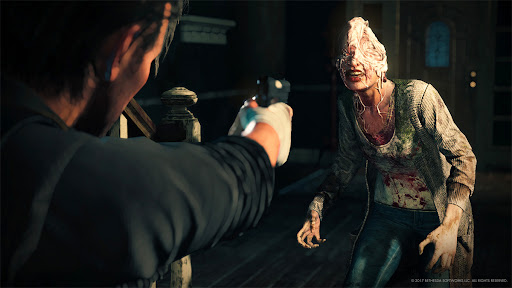 You can legally resell your personal games in the US under the First Sale Doctrine , which allows resales of copyrighted media like discs so long as you don't modify them in any substantial way. However, Bethesda doesn't think that applies if the shrink wrap is still present -- the publisher recently threatened to sue gamer Ryan Hupp for listing an unopened PS4 copy of The Evil Within 2 on Amazon Marketplace when he realized he didn't need that version of the game. As Hupp explained to Polygon , Bethesda's law firm viewed the lis ting as "unlawful" because he was not only unauthorized to resell new copies, but had rendered the game "materially different" by not including the original warranty. The firm also accused Hupp of "false advertising" for saying that the game was new. He'd already complied with the request
Post a Comment
Read more

Tesla will open its security code to other car manufacturers 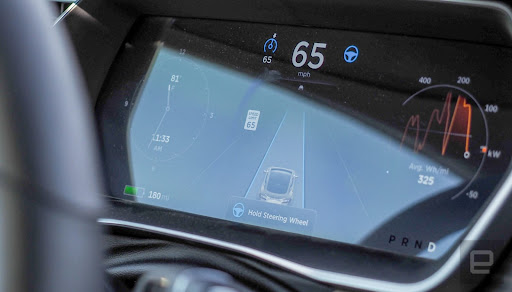 Tesla might just get into the habit of releasing source code for its in-car tech. Elon Musk has signaled his intention to post the source code for Tesla's car security software, letting any automaker roll it into their own machines. It would be "extremely important" to ensure the safety of future self-driving cars, he argued, and that's not without merit. You really don't want intruders crashing your car or otherwise causing havoc, especially when you're not at the wheel. Musk didn't provide a timeline for availability, and you might not want to get your hopes up when it took years for Tesla just to post any source code. And this isn't strictly a selfless gesture. If rival brands adopt Tesla's approach, it could set an unofficial standard for connected car security that would look good from a marketing standpoint. The code co
Post a Comment
Read more

Amazon may have to drop next-day delivery claim in UK 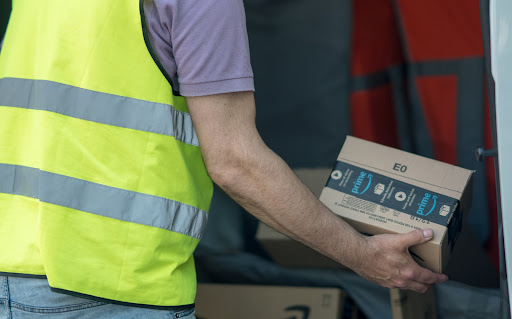 Amazon's failure to deliver hundreds of people's parcels in the UK on time last year might have huge repercussions on the way it does its business in the region. According to The Times , UK's Advertising Standards Authority (ASA) plans to announce next week that the company's Prime delivery claims are misleading. The ad industry regulator will reportedly order the platform to scrub the service's "unlimited one-day delivery" promises from its website and other advertising materials. Going forward, it has to clarify which Prime items are available for next-day delivery and which aren't. The Times says ASA started investigating the company after receiving 200 late delivery complaints from Prime members. Some of them said they had to wait four days to get the items that were supposed to arrive the next day shortly before Christmas last
Post a Comment
Read more 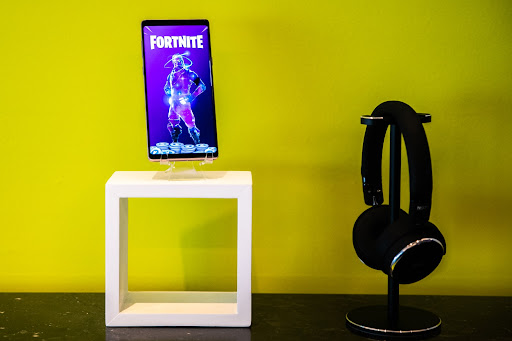 Samsung's Fortnite mini exclusive didn't last quite as long as expected. The 9to5Google team has noticed that, as promised, you can both sign up for an invitation and pre-install the beta directly through Epic's website. You'll still have to wait for Epic to let you in, but you'l l be ready to play the battle royale shooter as soon as that golden message reaches your inbox. And yes, Epic is aware of the potential security pitfalls that can come with bypassing the Google Play Store . As soon as you finish installing Fortnite , the installer will pop up a notification asking you to disable the permissions you granted in order to load the app. Tap it and you'll go directly to the relevant section in your device's settings to turn off access. This could be a bit confusing for players who might never have had to touch app permissions before
Post a Comment
Read more 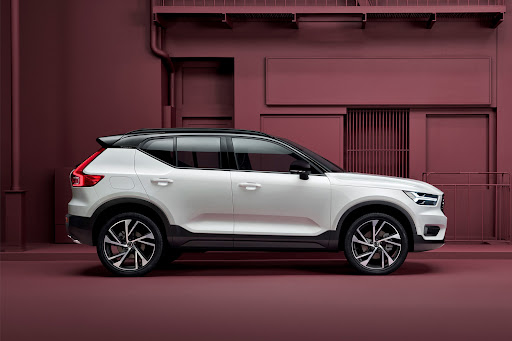 If you feel that Tesla needs to shake up the increasingly familiar design of its electric cars, you might be in for a treat. Auto Express and Electrek have learned that Tesla recently hired Ian Kettle, the former Volvo designer who led exterior work on the XC40 . He started as a senior designer at Tesla "a few weeks ago," according to AE , and reports to chief designer (and former Mazda man) Franz von Holzhausen. We've asked Tesla to confirm the hire, although it has previously declined comment. Kettle's LinkedIn profile showed that he left Volvo in February after six years at the company, first at its home in Gothenburg Sweden and most recently in the Los Angeles area. There's no indication as to what he'll work on first. There are plenty of potential candidates, however. Tesla may still have work to do on the finished version of
Post a Comment
Read more

A while back I already posted about new services that where available for the View API's in PowerCLI 10.1.1. Recently the api explorer for this version was published and can be found here. Two things that I didn't find back then was the addition of two services for the query… Continue reading via Latest imported feed items on VMware Blogs https://ift.tt/2MGaLox If New feed item from https://blogs.vmware.com/feed , then send me an email at kr
Post a Comment
Read more 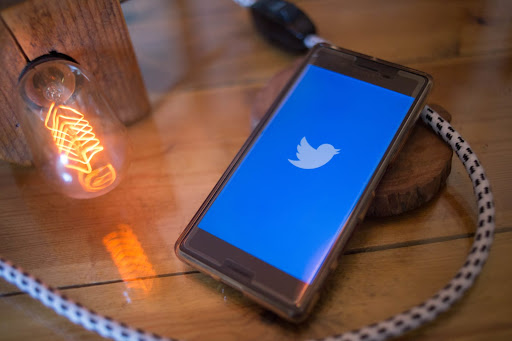 Just because Twitter is reluctant to take action against some of its more malicious users doesn't mean it isn't cracking down against others. Twitter has confirmed to BuzzFeed News that it banned the accounts of the far-right group Proud Boys for reportedly breaking its rules prohibiting "violent extremist groups." The social network shut down the group's main account, its satellite accounts and that of its founder Gavin McInnes. While the company didn't specify what prompted the move, it came just after a violent August 4th protest in Portland, Oregon, and just ahead of the extreme right-wing Washington, DC rally on August 12th. The group has denied racism but has been listed as a hate group by the SPLC for its anti-immigrant, Islamophobic policies, and routinely attaches itself to neo-Nazi rallies. And while it claims to use violence
Post a Comment
Read more
More posts