QuakeCon Weekend Save up to 80% on Bethesda Titles!

Save up to 80% on Bethesda titles during the 2019 QuakeCon Weekend*!

Today's Deal: Save up to 80% during the MX vs ATV Franchise Sale!*

Midweek Madness - NieR:Automata™ Game of the YoRHa Edition, 33% Off

Save 33% on NieR:Automata™ Game of the YoRHa Edition during this week's Midweek Madness!

Humanity has been driven from the Earth by mechanical beings from another world. In a final effort to take back the planet, the human resistance sends a force of android soldiers to destroy the invaders. Now, a war between machines and androids rages on... A war that could soon unveil a long-forgotten truth of the world.

The NieR:Automata™ Game of the YoRHa Edition includes the game itself and comes packed with DLC and bonus content for the full experience of the award-winning post-apocalyptic action RPG.

Picture This: New for You on Flickr: Library of Congress Life 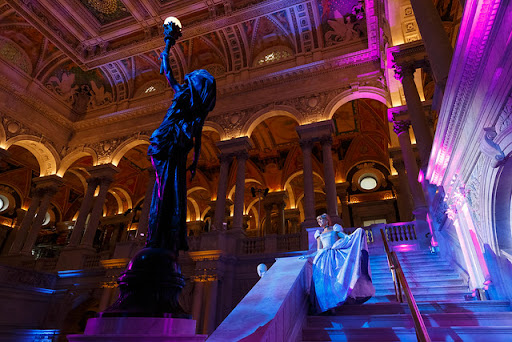 New for You on Flickr: Library of Congress Life
By Barbara Orbach Natanson

The following post by Neely Tucker originally appeared in the Library of Congress Blog as part of its Pic of the Week series (July 19, 2019).Cinderella waltzes down the Great Hall staircase during a celebration of the film's addition to the National Film Registry, June 20, 2019. Photo: Shawn Miller. The Library has featured some of its best historical photographs on a Flickr page for years, with more than 34,000 images in more than 45 albums. If you haven't checked it out before, we hope you'll take a minute now. Delights abound. Readers have flocked to see the 1930s-40s in Color album, with more than 3.9 million views. The 23,824 pictures in the News of the 1910s album have drawn more than 1.04 million views. There are also albums as specialized as Japanese Prints: Seasons & Places; Bridges; and WPA Posters. New pictures and albums go up all the time as more collections are digitized.But startin…
Post a Comment
Read more
More posts