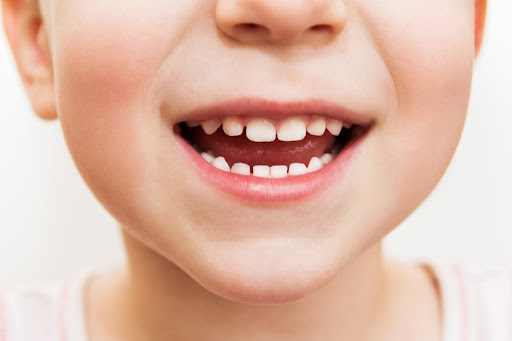 If you injure a tooth as a kid, there's a real chance you'll grow up with a 'dead' tooth whose roots didn't grow properly due to tissue damage. However, scientists have conducted a successful trial for a method that could regrow kids' dental tissue using stem cells from their baby teeth. The team extracted human deciduous pulp stem cells (hDPSC) from patients' healthy baby teeth, allowed the cells to reproduce in a lab culture , and implanted them in the injured teeth. A year later, enough healthy tissue had regrown that the kids could feel at least some sensations, such as hot or cold.The stem cell-based treatment produced all the necessary ingredients for tissue, and there weren't any worries about immune system rejection. Patients who went through conventional treatment (which only encourages root development with the tissue that's left) didn't regain any feeling.It could still take a while before your little ones can rest easier. The …
Post a Comment
Read more

Astronomy Picture of the Day: Salt Pepper and Ice 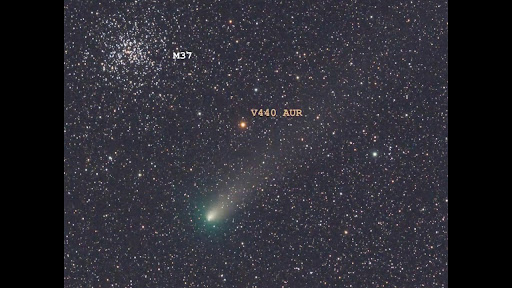 Salt Pepper and Ice
There's a "camera" comet now moving across the sky. Just a bit too dim to see with the unaided eye, Comet 21P / Giacobini-Zinner has developed a long tail that makes it a good sight for binoculars and sensitive cameras. The movement of the Comet 21P on the sky was captured last week in the featured time-lapse video compressing 90 minutes into about 2.5 seconds. What might seem odd is that the 21P's tail is not following the comet's movement. This is because comet tails always point away from the Sun, and the comet was not moving toward the Sun during the period photographed. Visible far in the background on the upper left is the Salt & Pepper star cluster, M37, while the bright red star V440 Auriga is visible just about the frame's center. This 2-km ball of dust-shedding ice passed its nearest to the Sun and Earth only last week and is now fading as it crosses into southern skies. Comet 21P should remain visible, however, and photog…
Post a Comment
Read more

Audi rips the camouflage off its E-Tron electric SUV 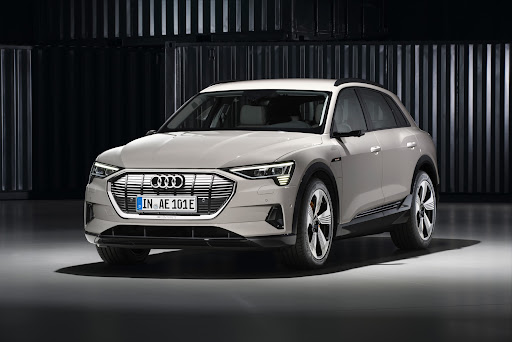 Audi finally took the wraps off its E-Tron pure electric SUV. At an event in Northern California, the automaker stripped off the QR code-esque wrap from the vehicle and announced how you can reserve your own and for how much. Starting at $74,800, the E-Tron is clearly aimed at those also considering the Jaguar I-Pace (starting at $69,500) and Tesla Model X (starting at $79,500). You know, people with lots of money. Like those other two vehicles, the E-Tron is packed to the electrified gills with technology including some innovative ideas.One of the coolest new features is the E-Tron's braking system. Brakes, while incredibly important, don't usually get their due. On the new Audi, there are two braking systems. The typical friction-based system that uses brake pads, pressed against rotors to slow the vehicle down and also an electronic system that uses the two motors to slow the car down.Audi says that in 90 percent of typical driving the electronic system will slow the car wi…
Post a Comment
Read more 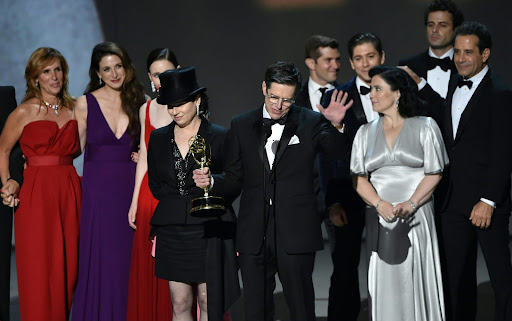 Just a few years ago it was still novel to see Emmy winners coming from internet services instead of cable or network TV, but now it's just a part of the landscape. Netflix notably edged out HBO this year when it came to nominations, but now that all the trophies have been handed out they ended up tied with 23 wins each.While Game of Thrones won the most awards in total with nine, including Outstanding Drama Series, Amazon Prime'sThe Marvelous Maisel came out looking the best by winning five of the awards given out during NBC's 70th Primetime Emmys broadcast and eight altogether. Last year Amazon missed out on the big stage altogether while Hulu's The Handmaid's Tale cleaned up, but this year the roles were reversed as Hulu's four wins were all accounted for ahead of the show.While that was the only show to win for Amazon, Netflix spread the love around, with The Crown and Godless winning twice during the telecast, including one awarded to Claire Foy (The Crown…
Post a Comment
Read more

Rare delays 'Sea of Thieves' DLC at the last minute 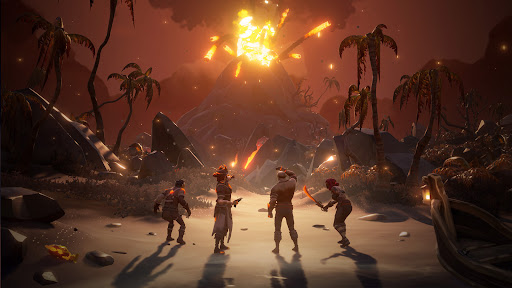 You might want to rethink your plans if you expected to swashbuckle your way through Sea of Thieves' "Forsaken Shores" DLC this week. Rare has pushed back the release from September 19th (just over a day away as of this writing) to September 27th. A weekend playtesting session discovered a "complex" memory glitch that led to crashes for many players, and it's going to take a while to both fix the bug and test it with volunteers in the Pioneer program.Rare wanted to be sure it could release the "Forsaken Shores" update with "confidence," according to the team's Joe Neate.The free DLC is arguably the biggest yet for Sea of Thieves, adding a new region (The Devil's Roar), new enemies, a new mission type (Cargo Runs) and even cooking. As such, a smooth release is important. Gamers have complained that Sea of Thieves, as fun as it can be, only has so much you can do. The last thing Rare wants to do is frustrate players right as i…
Post a Comment
Read more 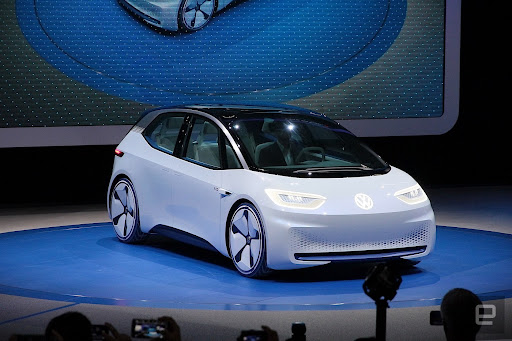 Volkswagen has grand expectations for the platform underpinning its first purpose-built electric cars. The VW Auto Group plans to sell 10 million EVs based on its modular electric drive matrix (MEB) across all its brands during the "first wave." It hopes to have sold 150,000 electric cars in total by 2020, 100,000 of which will be 100,000 I.D. models produced in Germany.As with Tesla and other brands making EVs from scratch, the MEB platform is designed explicitly with electric power in mind. The floorpan is designed to house a flat, high-capacity battery that simultaneously improves handling (by lowering the center of gravity) and space. VW also promises comparatively fast charging on every I.D. car -- you should reach 80 percent capacity in half an hour.While that initial wave is bound to spread across multiple years, the 10 million figure is a reminder that VW sees MEB as the key to taking electric cars mainstream. For context, the Auto Group sold 10.7 million vehicl…
Post a Comment
Read more 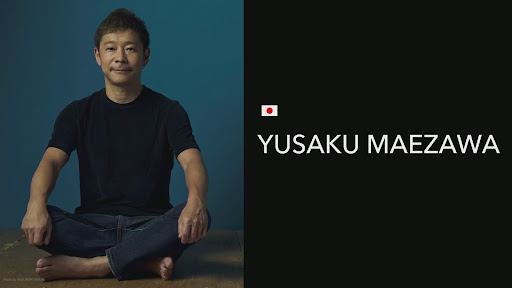 The last time that humanity set foot on the lunar surface, Richard Nixon was still president and Pink Floyd was still in the midst of recording their seminal album about its dark side. And while SpaceX's tourism plans don't involve actually setting down on our nearest celestial neighbor, the company does hope to put Yusaku Maezawa, the billionaire founder of Japanese fashion retailer, Zozotown, as close to it as any human has been in the past 46 years.During a press event at its headquarters in Hawthorne California on Monday, SpaceX CEO Elon Musk revealed the identity of its first paying customer, Maezawa, and provided more details as to what actually will take place during hisupcoming trip.Musk also revealed additional details about the BFR spacecraft that Maezawa will be riding in. Originally, SpaceX had planned to utilize its Falcon Heavy rockets to blast an Dragon crew capsule to the the moon and back. However, the company has since opted to instead use its newly minted &q…
Post a Comment
Read more 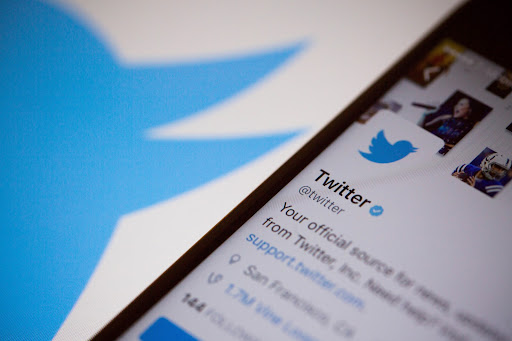 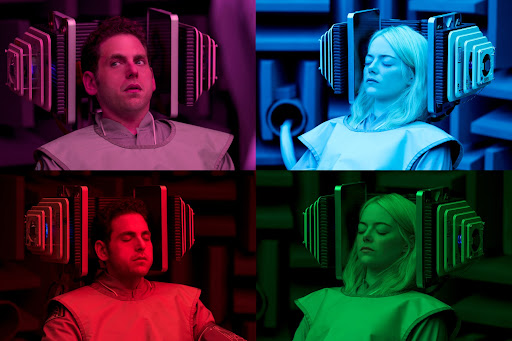 After tonight's Emmy awards, there's still plenty to choose from. On TV, Netflix debuts Maniac, a series from True Detective season one director Cary Fukunaga starring Jonah Hill and Emma Stone as strangers in a drug treatment trial together. It also dives into the life of producer Quincy Jones with the documentary Quincy, and premieres the movie Nappily Ever After. For gamers, we have the Scribblenauts Mega Pack and Capcom Beat 'Em Up Bundle, while movie fans can get the new Jurassic World sequel on 4K Blu-ray. Look after the break to check out each day's highlights, including trailers and let us know what you think (or what we missed).Blu-ray & Games & StreamingThe First Purge (VOD)Sicario: Day of the Soldado (VOD)Jurassic World: Fallen Kingdom (4K)My Man Godfrey (Criterion)The X-Files (S11)Supergirl (S3)PlatoonThe EvilLookerScribblenauts Mega Pack (Switch, PS4)Capcom Beat 'Em Up Bundle (Xbox One, PS4)Speed Brawl (Xbox One, PS4, Switch)Transference (PS…
Post a Comment
Read more 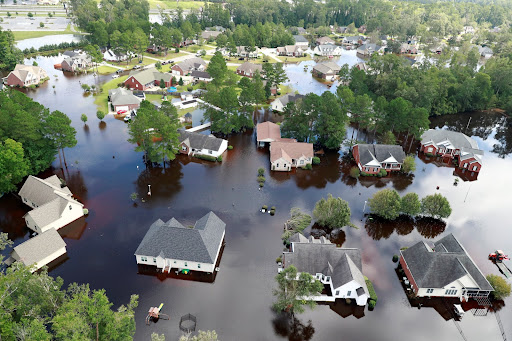 UNC Health Care announced that it will give anyone in North Carolina free access to its virtual care service through September 23rd as the state works to recover from Hurricane Florence. Via phone, tablet or computer, UNC Urgent Care 24/7 gives users virtual access to physicians who can then diagnose them, recommend treatments and prescribe medications. The healthcare group initially waived its virtual visit fees over the weekend, but it's extending the free access since many North Carolina residents have been displaced or can't travel because of the storm."Post-storm, we recognize a continuing need for this delivery of health care service for non-acute conditions," UNC Health Care CEO Bill Roper said in a statement. "We hope this will provide some degree of relief to folks who may not be able to leave their homes or access their usual providers." Residents with relatively minor complaints can use code "UNCFLORENCE2018" to register for the serv…
Post a Comment
Read more
More posts