Now Available on Steam - The Gardens Between, 10% off!

The Gardens Between is Now Available on Steam and is 10% off!*

The Gardens Between is a surreal puzzle adventure that follows best friends, Arina and Frendt, as they fall into a mysterious world of beautiful garden islands. Manipulate time to solve puzzles and discover the secrets of each island.

PlayStation Classic and original PlayStation, side by side 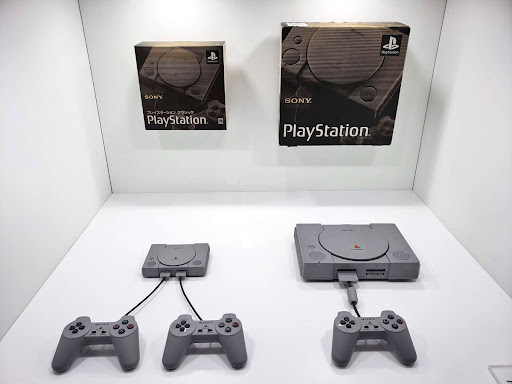 At the Tokyo Game Show Sony showed off its PlayStation Classic system for the first time in person. Engadget Japan editor Ei Ito said it wasn't playable so we don't know if this is just a mockup or the real thing, but it is sitting next to one of the original consoles that launched in 1994 so you can get an appreciation for the hardware design.Unfortunately Sony is still keeping quiet about the other 15 games it will pack-in, but a press release does note that the miniaturized console (45 percent smaller on the sides and 80 percent smaller in volume) will output video in 720p or 480p only, so it's likely that your TV will have more upscaling work to do.小さァァァァァいッ説明不要!! SCE改めSIEから、初代プレステのミニ復刻版 プレイステーション クラシックだあァ！！#TGS2018 では展示のみ。コントローラは本物サイズ(任天堂クラシックミニ スーパーファミコン同様)なので、遠近感が狂って何故かおかしくなってきますhttps://t.co/VnTJuBPHmFpic.twitter.com/kUqFn066jM — Ittousai🤖Engadget JP (@Ittousai_ej) September 20, 2018 Source: Sony

Astronomy Picture of the Day: Stars and Dust in Corona Australis 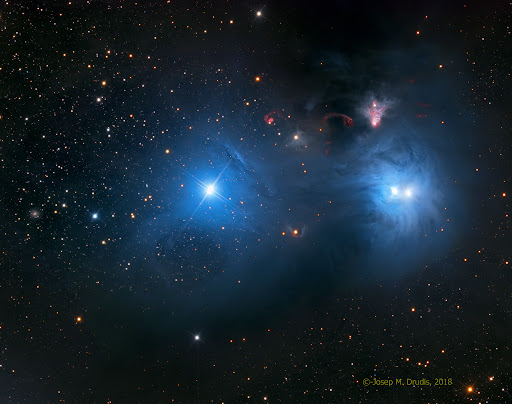 Stars and Dust in Corona Australis
Cosmic dust clouds and young, energetic stars inhabit this telescopic vista, less than 500 light-years away toward the northern boundary of Corona Australis, the Southern Crown. The dust clouds effectively block light from more distant background stars in the Milky Way. But the striking complex of reflection nebulae cataloged as NGC 6726, 6727, and IC 4812 produce a characteristic color as blue light from the region's young, hot stars is reflected by the cosmic dust. The dust also obscures from view stars still in the process of formation. At top right, smaller yellowish nebula NGC 6729 bends around young variable star R Coronae Australis. Near it, glowing arcs and loops shocked by outflows from embedded newborn stars are identified as Herbig-Haro objects. On the sky this field of view spans about 1 degree. That corresponds to almost 9 light-years at the estimated distance of the nearby star forming region. 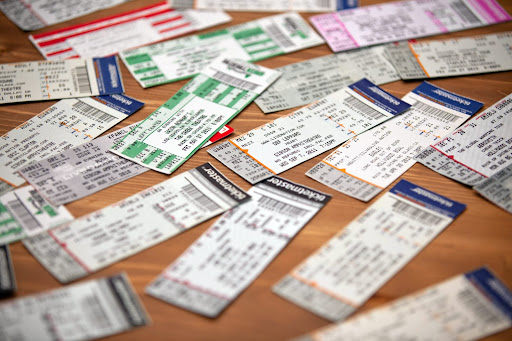 Ticketmaster claims it's fighting scalpers tooth and nail, but it may be aiding them in private. Exposés at CBC News and the Toronto Star have shown the company courting professional scalpers, even when it's clear they're using bots or otherwise violating Ticketmaster's terms of service. The company quietly launched a secretive ticket inventory system, TradeDesk, that lets scalpers upload high volumes of tickets and quickly resell them at the price of their choice. Moreover, Ticketmaster salespeople caught on camera were adamant that they didn't verify whether or not TradeDesk users were violating terms of service, including the use of bots -- at least one rep was fully aware of the activity.TradeDesk users also get advantages that other resellers don't have. They get a 3 percent discount on Ticketmaster's 7 percent selling fee, and they receive further discounts when they reach $500,000 and $1 million in sales. There's a strong incentive to scalp t…
Post a Comment
Read more 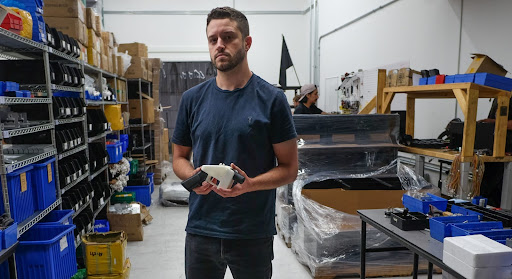 Cody Wilson, owner of Defense Distributed and at the center of lawsuits over the ability to sell plans for 3D-printed guns online, is now wanted by the US Marshals. Wilson has been charged with sexually assaulting a child in Texas, and Austin Police have said that his last known location is in Taipei, Taiwan.Wilson is accused of committing the sexual assault on a 16 year old in an Austin hotel on August 15th and paying her $500, after the two started talking on SugarDaddyMeet.com where he used the name "Sanjuro." Police said that he identified himself to the girl, and that surveillance footage from the hotel shows them together.During a press conference, the Austin Police said that Wilson had missed a planned flight back from Taiwan, and that they are putting together plans to arrest him if he does not come back and surrender. Last month Wilson said he would sell plans for the guns via his website and deliver them via email, USB stick or other file transfer methods, despite …
Post a Comment
Read more 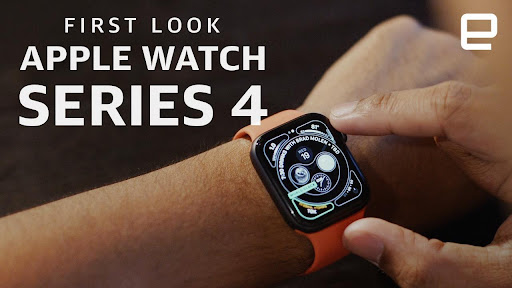 Apple's new iPhones are impressive and all, but I'd argue the company's new Watch Series 4 stole the show in Cupertino last week. In addition to the first major redesign in the wearable's history, Apple crammed a host of improved health and fitness features into the Series 4's new and improved body. There's a lot to dig into and honestly, we're just not done testing the thing yet. As we work on our full review, though, there a few features and flourishes you should definitely keep in mind.Bigger in some ways, smaller in othersYou probably don't need me to tell you that Apple made its Watches bigger this year: we're looking at 40mm and 44mm bodies, up from the classic 38mm and 42mm. What has really stuck with me so far is that, despite wider frames and bigger, more enticing displays, the Series 4 feels more comfortable to wear for long periods of time than any earlier model. Your mileage may vary on that, but the fractions of a millimeter Apple shave…
Post a Comment
Read more 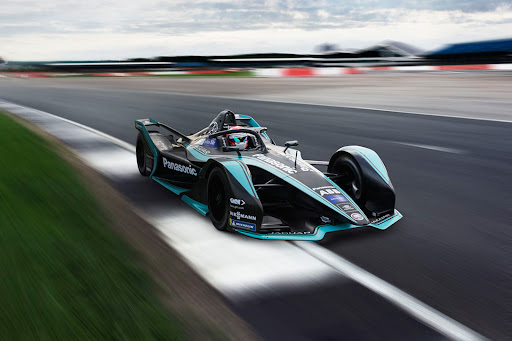 The next wave of Formula E cars is finally trickling out, and it's clear they're considerably more exciting this season. Panasonic Jaguar Racing has unveiled the next generation of its racer, the I-Type 3, and it's a dramatic improvement even compared to Jag's last outing. The new machine is 25 percent more powerful than its predecessor without a significant change of weight, producing as much as 250kW (330HP) with a 0-62MPH time of 2.8 seconds. That's important when the league is introducing an "attack mode" t hat boosts the power to 225kW when a driver just has to overtake a rival.Like rival cars this year, the I-Type 3 even eliminates one of the most annoying aspects of Formula E: the obligatory mid-race car swap. Better batteries give the car the range to handle the entire race in one shot, freeing Jaguar to meet the league's new one-car-per-driver rule.You'll see the new i-Type in action when the next season starts on December 15th in S…
Post a Comment
Read more 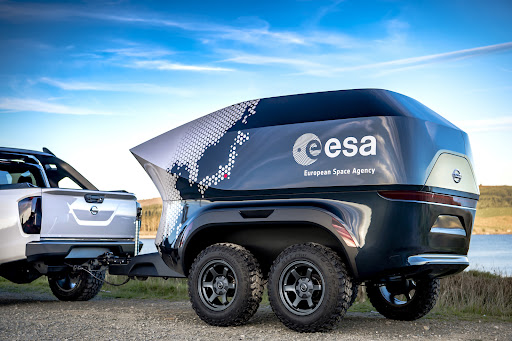 Nissan unveiled its Navara Dark Sky concept vehicle at the Hannover Motor Show this week, and it's a vehicle designed for astronomers. The truck is an enhanced version of the automaker's Navara vehicle and along with including some handy new features, it also has a trailer in tow that carries a powerful PlaneWave telescope. Designed with the European Space Agency, the trailer not only houses the telescope but has a number of features that protect the telescope and help researchers collect and transmit data.The trailer boasts a refrigerated interior that helps stabilize the telescope and battery packs can power a WiFi hotspot, a laptop station and a UHF transmitter for data relay. Further, the truck itself makes use of red lighting in order to cut down on light pollution while the ProPilot driver assistance technology takes the trailer into account and helps locate parking that best accommodates the trailer and telescope.Nissan and ESA use the Gaia mission as an example of how …
Post a Comment
Read more

via Dark Reading: https://ift.tt/2QDQaU9 If New feed item from http://www.darkreading.com/rss/all.xml, then send
Unsubscribe from these notifications or sign in to manage your Email Applets.
Post a Comment
Read more

A new report shows that illicit cryptomining malware is growing by leaps and bounds on the networks of unsuspecting victims.

via Dark Reading: https://ift.tt/2xqtRsX If New feed item from http://www.darkreading.com/rss/all.xml, then send
Unsubscribe from these notifications or sign in to manage your Email Applets.
Post a Comment
Read more

Slipping into this ‘skin’ turns any object into a robot

Science Robotic skins could have a place in space (and on stuffed animals). Potentially, any soft object could become a robot with the skin slipped around it: a piece of foam tube, a ball, or even a stuffed animal. via Popular Science "https://ift.tt/2MH6uAh"
Post a Comment
Read more

Amazon Echo Sub and Smart Plug leak ahead of event 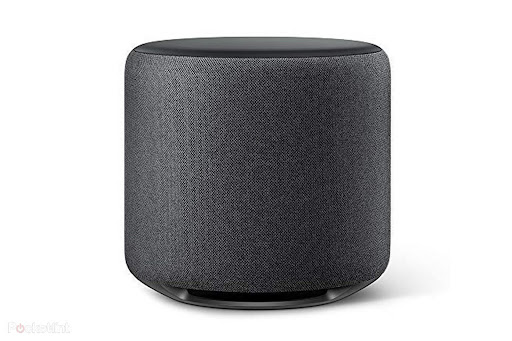 You might just be looking at some of the Alexa-powered devices due to show at Amazon's rumored hardware event this month. Pocket-lint has spotted listings (since pulled) for the Echo Sub wireless subwoofer (above) and Smart Plug (below), both of which see Amazon venturing into unfamiliar territory. The Sub adds 100W of bass to an Echo or Echo Plus setup, whether it's one speaker or two -- yes, stereo pairing would also be new. It reportedly cost £75 (about $99) when it shipped on October 11th, which might be a small price to pay if your rap or trance isn't sufficiently room-shaking.The Smart Plug, meanwhile, is fairly self-explanatory: it's a wall wart that brings basic Alexa voice control to any device, no smart home hub required. You could turn off a light or power up the coffee machine without having to upgrade either of them. There's room for skepticism over the price, however. While Amazon listed the same October 11th release date, it also gave the Smart…
Post a Comment
Read more
More posts