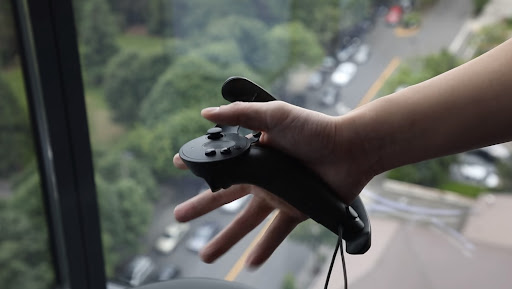 Valve originally introduced its vertical-grip "Knuckles" controllers for VR in 2016, and shipped working models to developers last year. Now the company sending game makers another version, the EV2, that has revamped buttons, straps and a slew of sensors that essentially translate finger motion and pressure to let you touch, grab and squeeze objects inside games.Some of the EV2's changes are evident: The old Steam Controller-style touchpad that dominated the controller's top has been shrunken to an oval 'track button' that measures touch and force. That's flanked by traditional inputs: A joystick (by developer demand, Valve noted in a blog post) and standard circular buttons. The strap is adjustable for different hand sizes and pulls tight to let players let go of the controller completely without dropping it -- which could be key for the pressure inputs.While last year's model had touch inputs tracking each finger in the 'grip' area, the EV2 …
Post a Comment
Read more

A World Cup match was the 'most-watched' Spanish livestream ever 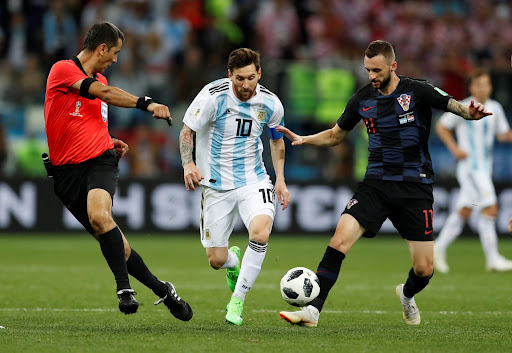 The World Cup started last week, and with all the livestreaming options, it's no surprise that the matches have already attracted an enormous amount of views. But yesterday's match between Argentina and Croatia broke a new record when its Telemundo digital broadcast became the most-watched Spanish-language livestream in history with 4.3 million livestreams, which racked up a total of 68 million minutes viewed.To put that into perspective, that single match accounted for almost half of Telemundo's 9.3 million live video streams yesterday, according to a press release. Two of the day's other matches on the media network had lesser numbers, with Denmark vs. Australia generating 1.5 million and France-Peru getting 2.9 million livestreams. If you want more Spanish-language coverage, Telemundo also partnered with Google for nearly-live highlights and NBCUniversal for an original YouTube series about Latin American teams' journeys to the World Cup.

iPhone pwned? Researcher says he can unlock iOS without running out of tries

A security researcher says he's found a way to guess iPhone lock codes without getting blocked after 10 mistakes. 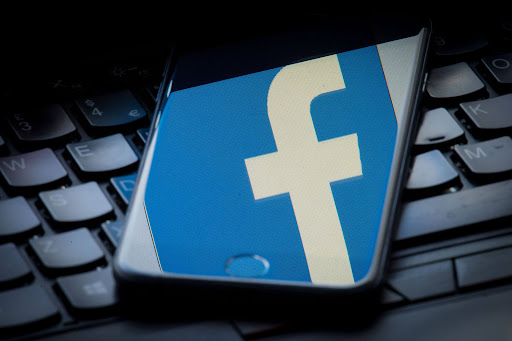 While Facebook is still reeling from it's Cambridge Analytica scandal, it has been trying to clean up its image as a company that plays fast and loose with your privacy. Unfortunately, there's yet another issue. According to TechCrunch, Facebook accidentally leaked analytics reports from developers to app testers.A developer contacted TechCrunch with the news that a Facebook App Analytics summary email had been sent to someone outside their company; the email contained private data like weekly average users, page views and new users, according to the report. Facebook confirmed to TechCrunch that 3 percent of apps using the company's analytics platform had their weekly summaries sent to app testers instead of just developers.This data could give a competitor who might be in an app testing role a competitive advantage. However, as TechCrunch notes, none of the testers were able to see any more specific data via the email. Facebook says it has fixed the issue and that no pers…
Post a Comment
Read more

A week of speedrunning for charity starts Sunday 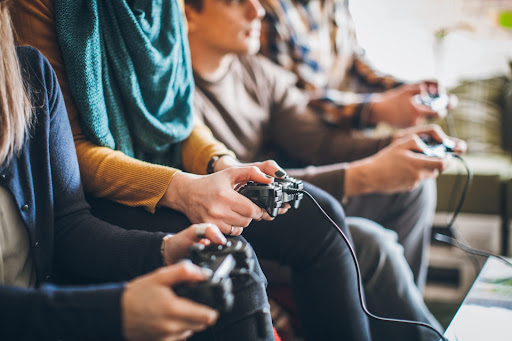 Summer Games Done Quick is back once again. Live from Minnesota, you can watch folks play through your favorite games as fast as they can, for charity. It starts Sunday afternoon at 12:30 PM Eastern and is scheduled to run until the wee hours next Sunday, June 30th. The benefactor this year is Doctors Without Borders, and games include Animaniacs for the SNES, the Wii U's Pikmin 3 and modern fare like Rise of the Tomb Raider. Closing it all out next weekend will be a glitchless run of Final Fantasy VI.Oh! Should you want to watch record-holder Allan "Cheese05" Alvarez play Super Mario 64 faster than anyone else in the world, tune in Friday, June 29th at 7:27 PM Eastern. For the full schedule, you can click right here.To date, the Games Done Quick organization (there's a winter event as well) has raised over $14 million for charity, thanks to generous folks like you.Of course if you can't make it out to the land of a thousand lakes, you can always tune in to SGDQ&…
Post a Comment
Read more 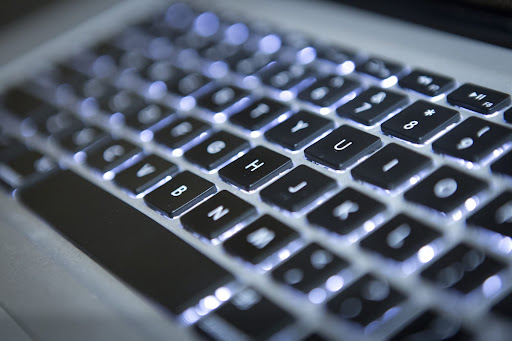 Apple launched a new keyboard service program today, acknowledging that the keyboards on certain MacBook and MacBook Pro models are prone to issues. If users of particular models find that letters or characters repeat unexpectedly or don't appear at all, or find that their keys feel "sticky" and don't respond in the correct manner consistently, they'll be eligible to receive free repairs. Once the keyboard has been examined at an Apple Authorized Service Provider, servic e professionals will determine whether particular keys or the whole keyboard need to be replaced.A number of users have reported that the butterfly switch keyboard installed in newer MacBook and MacBook Pro models has problems, and some have even sued Apple over the faulty keyboards. Among the models eligible for repair are 12-inch MacBooks produced between 2015 and 2017 as well as 13-inch and 15-inch MacBook Pros produced between 2016 and 2017. If you've already paid to have your keyboard …
Post a Comment
Read more 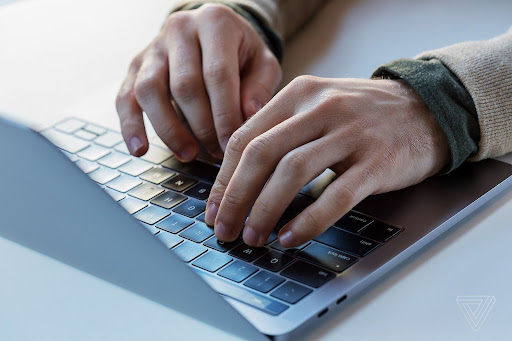 Apple has officially acknowledged that there are problems with its "butterfly" mechanism built into the keyboards of the recent MacBook and MacBook Pro laptops. The company is now offering an extended keyboard service program for computers affected by the issue, via iMore. The extended warranty covers replacement of one or more keys or the whole keyboard, depending on the extent of users' problems, and it covers eligible laptops up to four years after the computer was bought at retail. (Every MacBook and MacBook Pro model with the butterfly switches seems to be included.) That's dramatically longer than the limited warranty the computers ship with or even Apple's extended AppleCare Plus. According to Apple's service page, the program...Continue reading…

California bill could be a major boost to personal data privacy 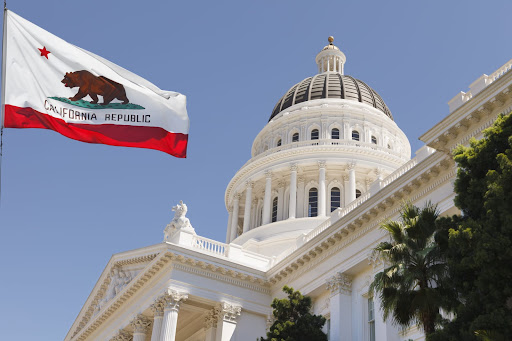 California legislators have introduced a bill that would give the state's residents more control over their online data and notably, would take the place of a proposed ballot measure that has been rigorously opposed by tech companies like Amazon and Microsoft. The bill was i ntroduced by Assemblyman Ed Chau (D) and state Senator Robert Hertzberg (D) and is the result of a deal stuck between lawmakers, stakeholders and Alastair Mactaggart -- the California real estate developer and chair of Californians for Consumer Privacy who introduced the ballot initiative. "This legislation, like the initiative, would provide simple, powerful rights to Californians: tell me what you know about me. Stop selling it. Keep it safe," he said in a statement.Like the ballot initiative, the bill would give California residents the right to ask what data is being collected on them by businesses and data brokers as well as what's being done with that data. Consumers could also request th…
Post a Comment
Read more

Reddit is testing a news tab in its iOS app 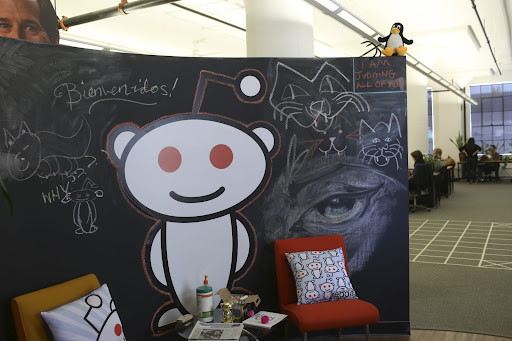 Reddit is making it simpler to find news on the platform with a beta test of a news tab in its iOS app. You might not always want to sift through personal essays and cat photos to find news from your favorite subreddits. So, Reddit is pulling from a bunch of subreddits that often discuss the issues of the day to populate the tab. It features links to news outlets, along with videos and GIFs for some topics like sports and tech, as well as the source thread so you can talk about the story. Reddit selects the subreddits the news tab draws from based on a number of factors, so hopefully you won't see too much propaganda.You can filter the news you see based on topics and subtopics you're interested in, such as US/world news, politics, tech, entertainment and gaming. The feature will source news from more subreddits over the next few months, and it will arrive on desktop later in the summer.Reddit is also working on a way to link to different threads in various subreddits that …
Post a Comment
Read more 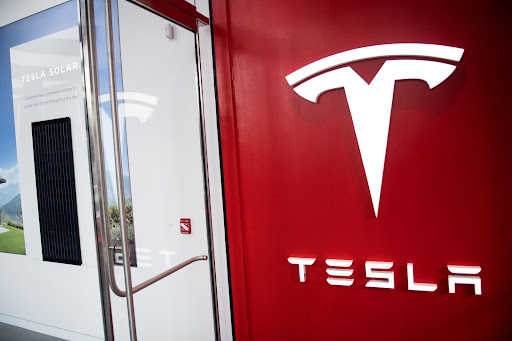 Tesla's recently announced layoffs may hurt its solar panel business particularly hard. Reuters sources and leaked documents have revealed that Tesla is closing roughly a dozen solar installation centers in nine states as part of the job cuts. There will still be about 60 facilities left afterw ard, but this would also end a Home Depot partnership that was reportedly responsible for half of Tesla's sales in the category.It's not certain how many people have lost jobs as a result of the closures, although some of the affected people may relocate to other centers.Tesla told Engadget in a statement that its energy offerings were "critical" to its vision for sustainable electricity, and noted that its stores were a valuable tool in selling its solar technology. It also rejected any notions that this might signal a shrinking business, saying that it expected the solar panel and storage battery business to be the "same size" as its core electric vehicle gro…
Post a Comment
Read more

A new exploit of a known vulnerability gives an attacker control of the Drupal-hosting server. 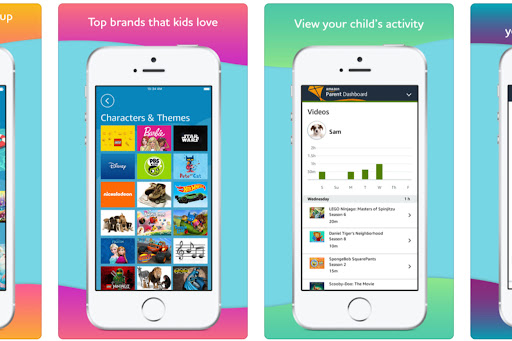 After years of being an exclusive for Amazon hardware, the company's FreeTime Unlimited service is now available on iOS devices. The service houses thousands of children's TV shows, books, and movies.FreeTime first became available to other Android devices last year — four years after the app's initial launch. The app offers content from PBS Kids, Nickelodeon, and Disney, but the experience is slightly different on an Apple device than on an Amazon one. On a Kindle, for example, parents are able to adjust the settings in a way that would keep kids from exiting the app. Apple doesn't allow third-party apps to control an entire device in that way, so parents may have to be a little more cautious if they share their iPad or other personal...Continue reading…