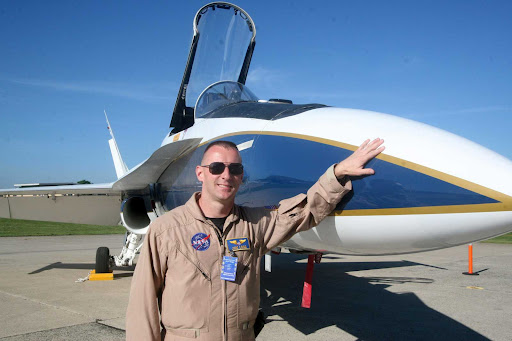 You won't have to wonder what NASA's quiet supersonic technology sounds like in person -- if you live in the right part of Texas, that is. The administration plans to conduct a series of public tests around the coastal city of Galveston in November. The F/A-18 Hornet aircraft at the heart of the tests will perform dive maneuvers that produce louder sonic booms out at sea, while quieter sonic "thumps" will take place over Galveston proper. After that, "at least" 500 local volunteers will provide feedback on what they heard, while audio sensors will provide more definitive noise readings. Officials hope the Hornet tests will gauge the sonic boom levels that everyday residents deem acceptable. That, in turn, will help NASA's X-59 supersonic jet team verify their noise level theories while they're still constructing the aircraft.
Post a Comment
Read more

Astronomy Picture of the Day: From the Galactic Plane through Antares

From the Galactic Plane through Antares Behold one of the most photogenic regions of the night sky, captured impressively. Featured, the band of our Milky Way Galaxy runs diagonally along the far left, while the colorful Rho Ophiuchus region including the bright orange star Antares is visible just right of center, and the nebula Sharpless 1 (Sh2-1) appears on the far right. Visible in front of the Milk Way band are several famous nebulas including the Eagle Nebula (M16), the Trifid Nebula (M21), and the Lagoon Nebula (M8). Other notable nebulas include the Pipe and Blue Horsehead . In general, red emanates from nebulas glowing in the light of exited hydrogen gas, while blue marks interstellar dust preferentially reflecting the light of bright young stars. Thick dust appears otherwise dark brown. Large balls of stars visible include the globular clusters M4 , M9 , M19 , M28 ,
Post a Comment
Read more 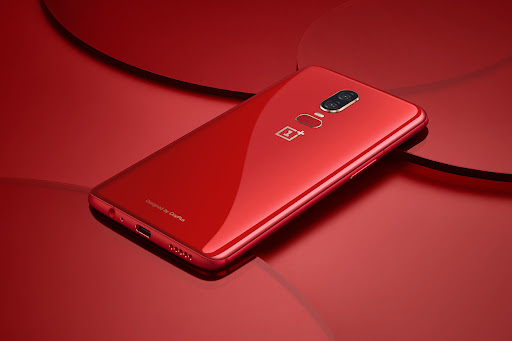 OnePlus has announced a new color variant of the OnePlus 6: red. The OnePlus 6 Red has a shimmery, glossy finish with silver accents, and will be coming to India and North America. In the US, it'll cost $579 for a model with 128GB of storage and 8GB of RAM, and will go on sale from July 10th; in India it'll sell for 39,999 rupees from July 16th. The phone is coming to Europe, too, but launch details aren't immediately available. The OnePlus 6 launched in May with two black variants, and the company says it managed to sell one million units in 22 days. A white model followed last month. OnePlus also promises there will be more stock of the surprisingly good Bullets Wireless neckbuds available alongside the red OnePlus 6 on June 10th. The... Continue reading… via The Verge - Tech Posts https://ift.tt/2z0qfB4
Post a Comment
Read more

Tesla's next California energy storage project may be its largest yet 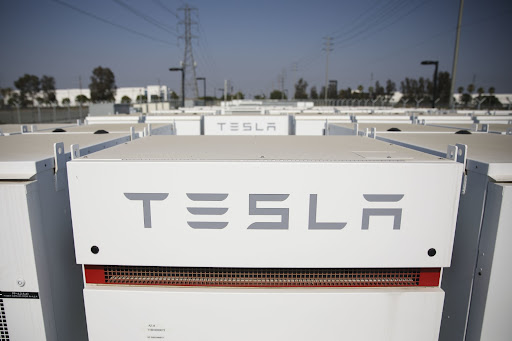 Tesla's giant Australian energy storage facility may seem small in the near future. Pacific Gas and Electric has submitted proposals for four new energy storage projects to the California Public Utilities Commission, one of which is for a facility at its Moss Landing substation that could output 182.5MW over the course of four hours -- that's more than 3,000 o f Tesla's Powerpack 2 units. For context, the Australian location outputs 'just' 129MW. The project would have a total 1.1GWh capacity, which fits with Elon Musk's recent hints that Tesla could have a "gigawatt-hour scale" deal within months. The batteries would, as elsewhere, help keep up with "local capacity requirements" by supplying electricity at moments when power plants aren't enough to meet demand. Provided the CPUC approves the projects, they'd b
Post a Comment
Read more

You can already run polls in your Instagram Stories, but what if you'd like your feedback to be a little more verbose? You might get that wish. A tipster for Android Police has shared what looks to be a test for a questions feature in Stories -- add it to your creation and your friends can type their own answers, which you'll see listed by user. We've asked Instagram if it can confirm details, but the rollout doesn't appear to be too region-specific. You're looking at an Indonesian user's screen above, while Italians have also reported seeing the option. It wouldn't be surprising if the feature rolls out soon. Instagram has been on a tear lately, introducing everything from IGTV to group video chat and Story soundtracks . This might be one of the more modest changes in the past few weeks. The addition would speak volumes about I
Post a Comment
Read more 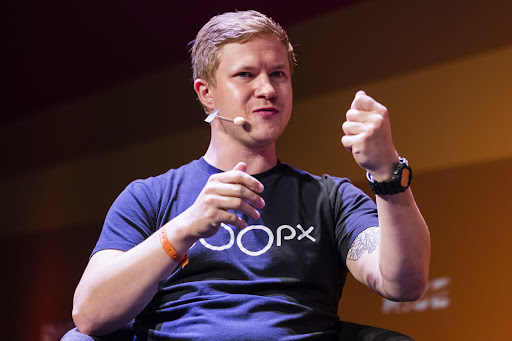 Photo platform 500px is ditching its efforts to help you buy and sell photos through its own online service. The company has closed its in-house Marketplace as of July 1st, and will now rely on moving photos through Getty Images in most of the world as well as VCG (which acquired 500px in February) in China. Your royalties won't change if you had photos on 500px, but don't expect to have full control over how you share photos -- the company is scaling things back, at least for now. Users no longer have the option to upload photos under a Creative Commons license that would let buyers remix photos or otherwise reuse them. There's no way to migrate, download or even search for these images. You won't have another CC-style license in its place, either. At best, you'll have a royalty-free 500px License that distributes pictures through either G
Post a Comment
Read more 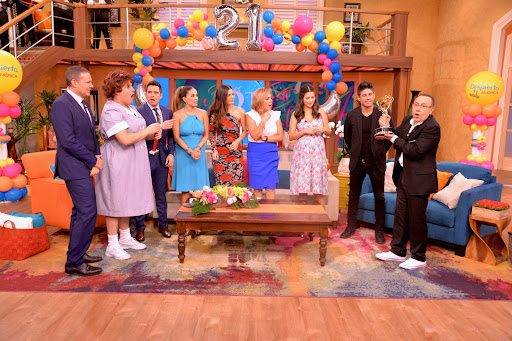 It just became a bit harder to watch Spanish-language TV in the US, whether or not it's online. Dish and Sling TV have lost a trio of Univision stations (including its main channel, UniMás and Galavisión) after the two failed to end a carriage pricing dispute before a contract ended. As always in these TV squabbles, the two have been hurling vicious accusations at each other in an attempt to win public sympathy. Dish insisted that Univision was "drastically" raising rates to make up for declining viewership, charging "almost double" for Dish and Sling customers as it was for Univision Now . It even took to offering free over-the-air antennas to viewers in some regions to win them over. Meanwhile, Univision framed Dish's demands as discriminatory, claiming that the satellite giant only wanted to pay "a fraction" of what it pai
Post a Comment
Read more 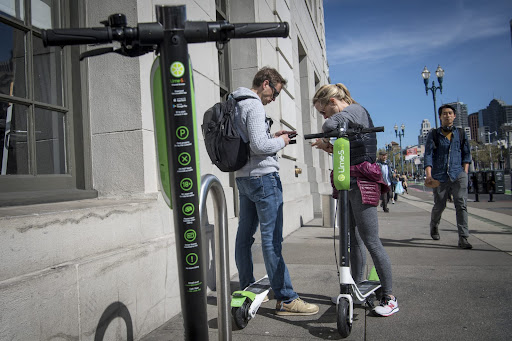 You didn't think Silicon Valley's biggest names would stand on the sidelines while the electric scooter trend continued to grow, did you? The Financial Times sources have learned that Alphabet has invested directly in scooter service Lime as part of a larger $300 million funding round that already included Google Ventures. There's no mention of how much cash was heading Lime's way, but GV was reportedly leading the group, and Alphabet put in a similar amount -- there's a lot of money involved. It's not certain why Alphabet is so heavily involved (all the parties involved have declined to comment). However, it would reflect Alphabet's growing interest in transportation as it moves beyond the internet and mobile businesses that are its lifeblood. Alphabet has obvious stakes in transportation with Waymo's self-driving cars and Side
Post a Comment
Read more

DirecTV Now will raise prices by $5 on August 1st 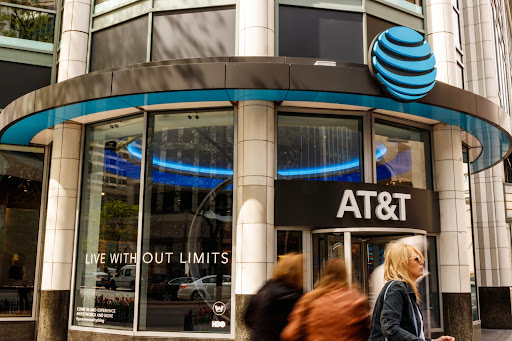 With Sling TV and YouTube TV raising prices in recent months, you knew it was just a matter of time before DirecTV Now followed suit. AT&T has confirmed a Cordcutters report that DirecTV Now is increasing subscription prices by $5 across the board on August 1st, with basic service starting at $40 per month and a full "Gotta Have It" package costing $75. A spokesperson told Engadget the rate hike would help bring the "best possible streaming experience" by keeping DirecTV Now's rates "in line with the market" -- you can read the full statement below. The increase does put the base price on par with what you'd get from the likes of YouTube TV or PlayStation Vue, or Sling TV's combined Orange and Blue package. And AT&T was quick to point out that its $15 WatchTV service was available for those who are content with a
Post a Comment
Read more 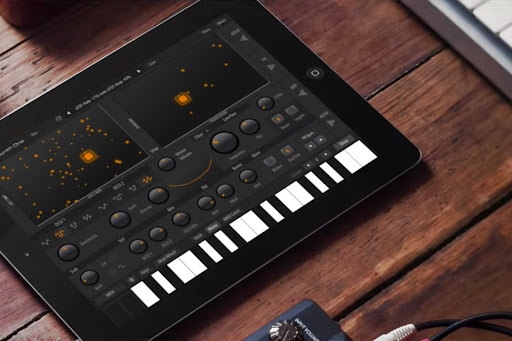 AudioKit Synth One, a free and open-source iPad synth, is now available for download in the Apple App Store, developer Matthew Fecher has announced . The Synth One, which Fecher describes as "the largest free and open-source iOS music project in history," is a professional-level polyphonic synth created by a team of over 100 volunteers over the course of several years. The Synth One is a robust piece of free software, and many of the volunteers involved are professional sound designers and techs who have worked with artists like Neon Trees, Rihanna, M83, and software companies like Valhalla DSP. Right now, it works with audio routing tools Audiobus 3 and Inter-app Audio so you can bring the sounds into other apps like Cubase and... Continue reading… via The Verge - Tech Posts https://ift.tt/2MDhLlu
Post a Comment
Read more 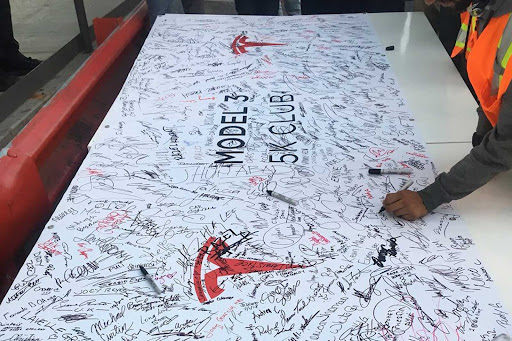 After months of delays , round-the-clock manufacturing and other drastic measures , Tesla appears to have met its long-sought 5,000-per-week Model 3 production target -- if only just. An employee briefly posted a photo on Twitter showing fellow staffers signing a "Model 3 5K Club" poster with the question "why would you doubt us," suggesting that Tesla had hit the elusive goal and was celebrating its achievement. Electrek reported other workers apparently cheering the achievement on social networks, while Reuters cited two workers who said the last car of the batch officially rolled off the Fremont line at 5AM local time on July 1st -- a little late, but close enough. We've asked Tesla if it can confirm the reports. The company is expected to release its production numbers for the second quarter within days, though, so it may verify (or
Post a Comment
Read more
More posts